There is nothing more inspiring than being able to do what you love, apart from loving what you do. For Icelandic landscape photographer Páll Jökull Pétursson, being able to work as a photography guide in a professional capacity not only drives his motivation but also feeds his creativity.

With a wealth of local knowledge under his belt, this family man and published author has made it his career to share his expertise with others during their time in Iceland… and there is nobody else better to welcome you into the fold.

This month, we had a chat with Páll to discuss how he came to be interested in photography, the philosophy behind his work, as well as his approach to capturing the perfect photo in Iceland.

Hello Páll! Thank you for joining us today. There is quite an interesting background as to how you came to be an explorer and ultimately a guide in Iceland. Tell us a bit about your history and how you came to be where you are today.

I have been interested in photography since I was 13 years old, when I got my first camera – a Kodak Instamatic at that time.

My passion developed further in the next few years and I bought my first real SLR camera when I was around 20 years old, the Canon AE1. As I lived in the countryside on a farm near Vík on the south coast of Iceland, I was close to the nature and all of its beauty.

Later in life, during 2012, I found myself looking for new ways to make a living and I was quickly drawn towards photography and the growing tourism in Iceland. I had been selling photos for tourism brochures, hotels and other tourism companies for many years, and decided to make my own tour company with the purpose of guiding photographers during their travels in Iceland. The company came to be known as Landscape Photography Iceland, which I have been operating for almost 5 years now as a fully authorised Travel Agency.

What aspect of photography gives you the greatest pleasure and why?

I think that being out in the nature by myself or with like-minded photographers and exploring new places and locations gives me the biggest joy. Also, when you capture a unique moment at some well known locations, which can be a challenge now with so many photographers and tourists all around.

The light in Iceland is always changing and that can create some interesting and unexpected results.

Who influenced you in your early years of photography? Are there photographers out there that you see who are taking the torch and helping to push landscape photography into the future?

When I was growing up and starting to be interested in landscape photography, the Internet did not exist! The only way to see another photographer’s work was to buy photography magazines or to look for photography books in the bookstores, so I did not have any influences at that time.

When I moved from the countryside to Reykjavik, I became a member of a photo club where I met many talented photographers who inspired me at that time, and many of my photography friends that I associate with here in Iceland and other countries are highly skilled. To name a few of the photographers that I follow and inspire me are Max Muench, Colby Brown, and my good friend Glen Campbell from Scotland. 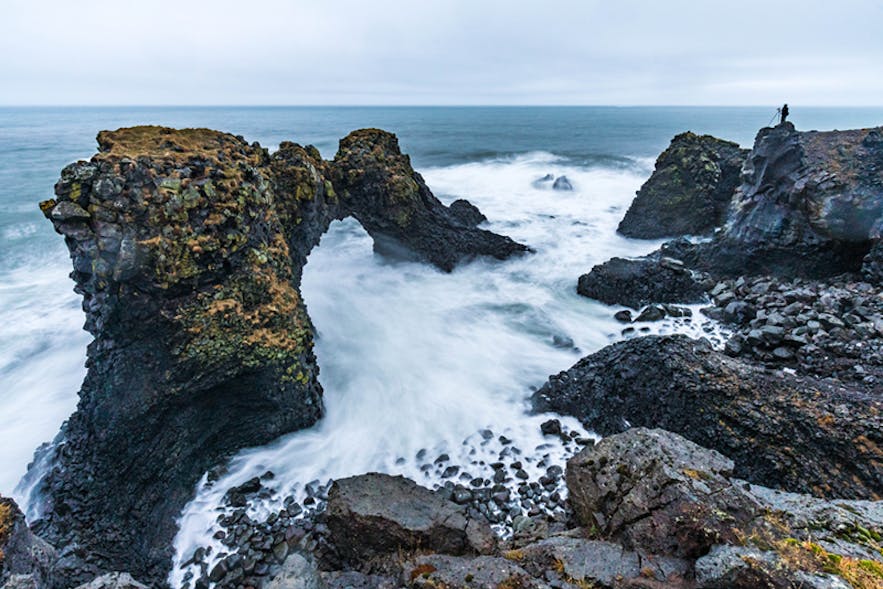 What were some of the difficulties that you first encountered with landscape photography?

At the beginning, it was mostly lack of time and money, as I was starting a family, raising my kids and building my house with a full time job on the side :-) Then, not being able to travel to many places that I wanted to photograph because of some of the previous reasons and not owning a good 4x4 car to take me to some more remote areas in Iceland.

In the last few years, these problems have gone and now I don’t see many problems or difficulties besides sometimes a busy schedule with my photo tours and workshops.

Do you have guiding principles that you follow when you’re making pictures? Is there an underlying philosophy that binds all of your work together?

I would not consider myself a “purist” in photography, but I am not altering the content of my images either. I often break the “rules” when I think the photo benefits from that and I tend to use the conditions and the light as they are when I get to locations. Waiting for the “perfect” light is not always an option when you have a tight schedule on photo tours, but of course I try to be at the right place at the right time when possible.

Golden hours and blue hours are of course the best time to photograph, if the conditions are right.

What was the most curious story behind one of your photographs?

I think it was a photo that I shot at the Jökulsárlón glacier lagoon during the volcanic eruption in Holuhraun, north of Vatnajökull in 2014-2015. I was waiting for the Northern Lights and as it became darker, we noticed a red glow just above the glacier to the north, but did not think so much about it at that time as we thought it was the moon rising. Later I realised that the red glow must have been reflecting from the volcano up to the clouds that were over the northern part of the glacier, and I had captured it in the image.

The Northern Lights that night were nothing special, just a faint purple glow in the northern sky. 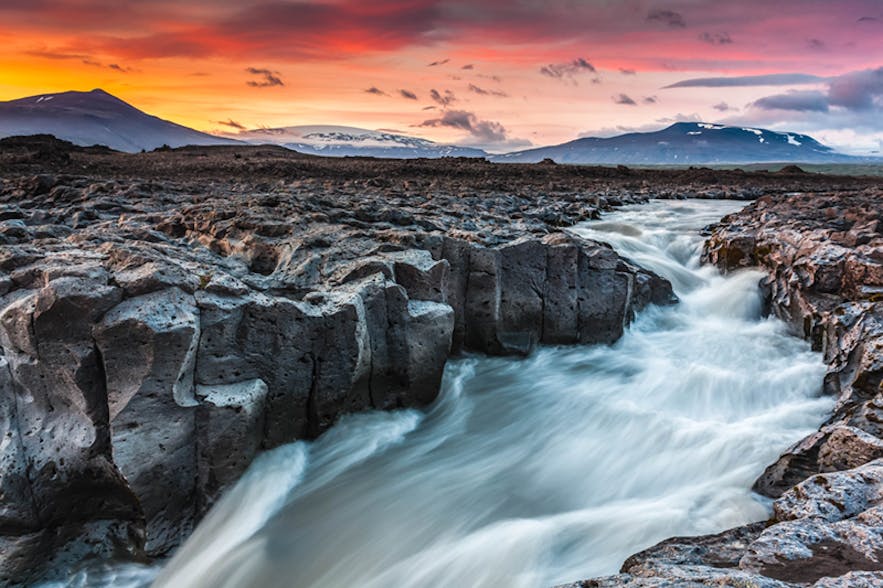 Are there any images that you’ve chosen not to take for some reason?

I dislike the power lines that cut through a part of the Highlands in Iceland, which have ruined some potential shots that I would have made if they were not there. Even though most of our Highlands are untouched, we still have some of the largest power stations right on the edge of it.

What makes a good picture stand out from the average?

It must be the WOW factor. You instantly feel it or see it when you see a really good photo and a carefully composed shot where the foreground, middle-ground and background just click!

Where do you find inspiration besides nature?

Looking at the work of other photographers who are doing different things in their photography. Also, by attending workshops and photo tours in other countries. It refreshes your mind and makes you want to try new approaches in photography. 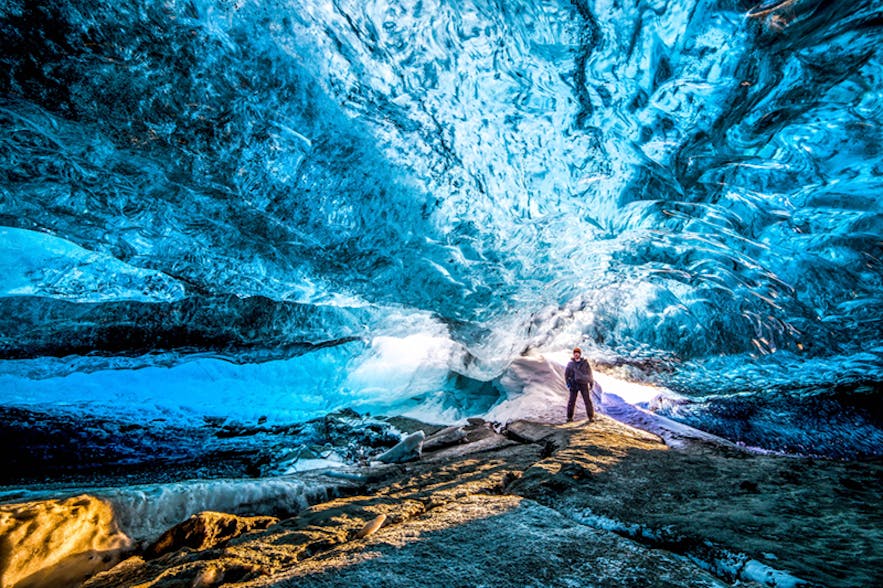 What do you like most about your professional life?

The fact that I am meeting a lot of interesting photographers all the time, some of them who have become good friends of mine and who have kept in contact for many years. Also, that I am my own boss and do have more time to explore new places, try new things and expand my skills when everyone else is working in their offices :-)

What is the most unpredictable thing about the photography business?

I must say the weather in Iceland!

Tell us about a project or accomplishment that you consider to be the most significant in your career.

Starting my photography tours business five years ago made it possible for me to concentrate on the landscape photography all year round. 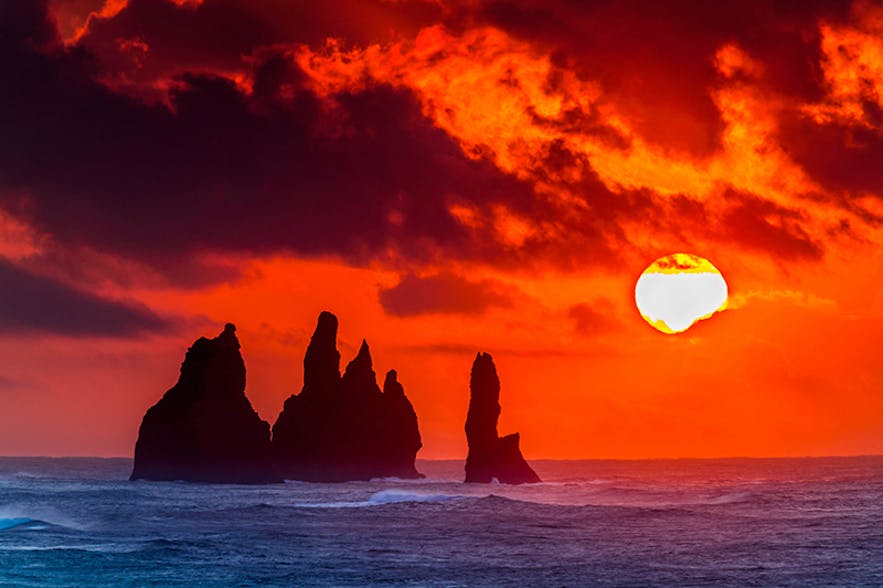 How has photography transformed you as a human being? What are the key differences that you can identify in yourself before and after you began taking photographs?

When I meet new photographers that are maybe coming to Iceland for the first time, I learn to appreciate the landscapes again and the constantly changing conditions that we have here. The beauty lies everywhere and you just have to capture it. I feel most relaxed when I am somewhere out there with my camera :-)

What advice do you have for someone who says they want to pursue a career in photography? Is there a key to making a name for yourself?

You have to work hard and set yourself goals to achieve, as this business is not easy and never has been. Find your unique style and what you like to photograph, because it also has to be fun! 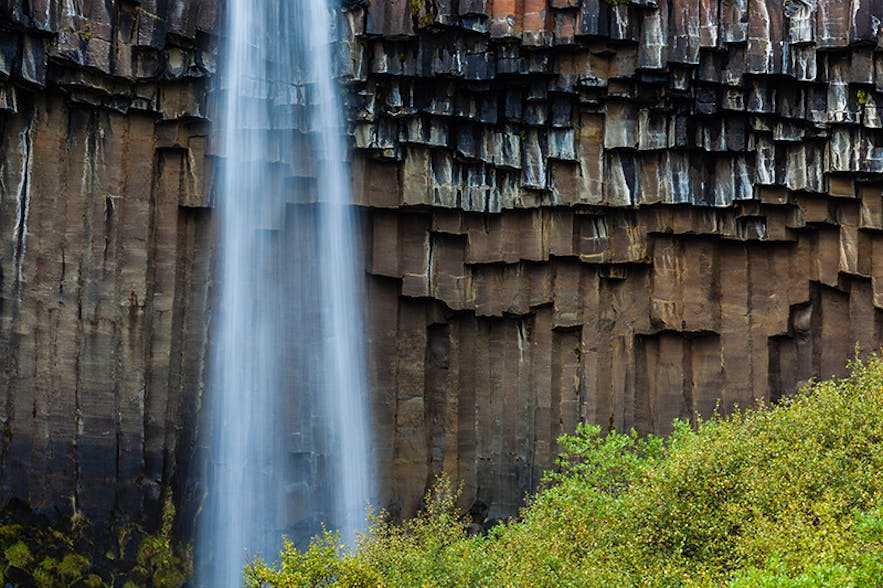 Finally, with all the photography work being produced in the world today, how do you hope that your work will be remembered?

I hope that people will remember my work when they think about Iceland and photo tours in Iceland, because that is my home which I love.

Join Páll Jökull on a photography workshop in Iceland!