Photo Gallery of Bardarbunga Volcano and the Holuhraun Eruption

Bardarbunga and the Holuhraun eruption in Iceland.

Iceland is known for being the Land of Ice and Fire as it has a high concentration of active volcanoes. The reason for that is its location on the mid-Atlantic Ridge. Iceland has about 30 active volcanic systems, of which 13 have erupted since the settlement of the island.

In Iceland there are four volcanic zones; the Reykjanes Ridge, the Mid-Atlantic Ridge, West and North Volcanic Zones and the East Volcanic Zone that are all connected across central Iceland with the Mid-Iceland Belt.

The most catastrophic volcanic eruption in the history of Iceland was the eruption in the crater row Lakagígar or the so-called “Skaftáreldar” in 1783-84. Around a quarter of the Icelandic nation died due to indirect effects like changes in climate and other effects caused by the ash and toxic gases. Since then, active volcanoes have been erupting every now and then, some bigger than others. As you can imagine the Icelandic Nation is used to read about news of eruptions, possible eruptions, earthquakes and other tectonic activities in the country.

Iceland is used to volcanic eruptions. Photo by: 'Iurie Belegurschi'.

We all remember the world famous Eyjafjallajökull glacier, the flight stopping volcano we all loved to hate in 2010. Iceland was not on the top 10 list of popularity that year but the eruption under Eyjafjallajökull is memorable because of the volcanic ash disturbing air travel all over the world. Believe it or not, that volcano was minor in Icelandic terms though. 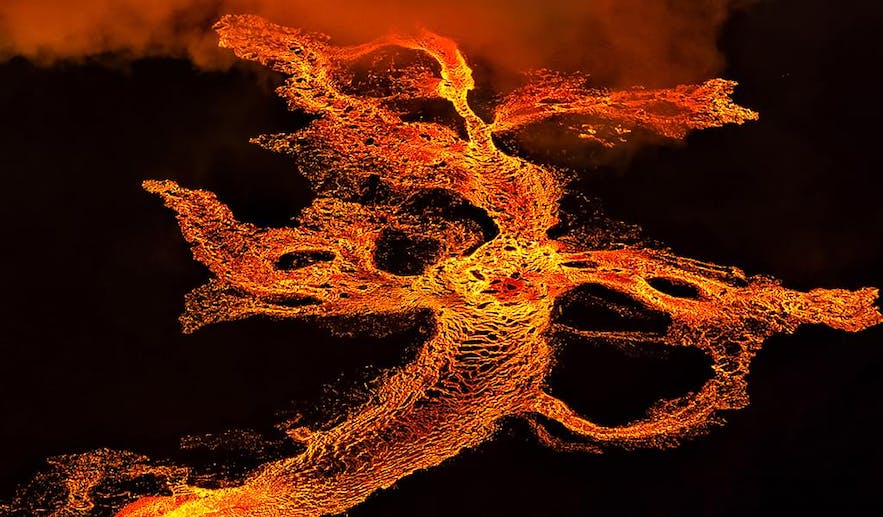 A dragon in the lava. Photo by: 'Iurie Belegurschi'.

On August 17th 2014, an eruption that is still ongoing started under the Bárðarbunga system. Bárðarbunga is located under the ice cap of Vatnajökull glacier in the Vatnajökull National Park and is the second highest mountain in Iceland after Hvannadalshnúkur summit. Bárðarbunga was a little-known volcano due to its remote location and infrequent eruptions.

Seismic activity has occurred in Bárðarbunga for some years but only recently led to an eruption that started with an extremely heavy earthquake followed by bundle of volcanic activity that continued at similar intensity. The result of the above was multiple lava fountain eruptions in Holuhraun lava field, causing little to no ash so far but mostly causing sulphur dioxide into the atmosphere and a massive amount of lava flow. The flow of lava from Holuhraun is considered to be the largest in recent decades in Iceland, covering around 44 km2 and is still growing. The new lava field has been named “Nornahraun", meaning 'witch lava'. 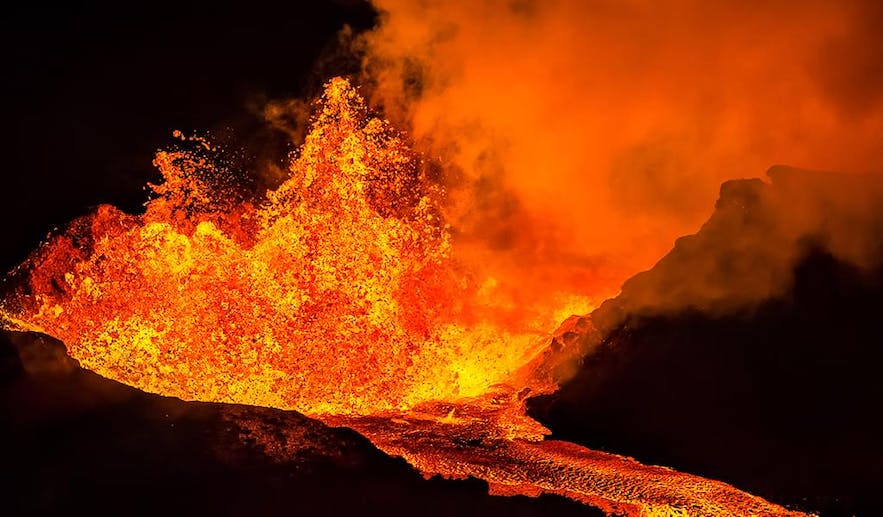 Seismic activity has occurred in Bardarbunga for years. Photo by: 'Iurie Belegurschi'.

The area around Bárðarbunga and Holuhraun is impassable and closures and restrictions of the area north of Vatnajökull are still in force. Roads leading into the area are closed except for scientists and media that have had limited access into the area but please note that most roads in Iceland are open and accessible including the Ring road around Iceland and are safe for travelling. 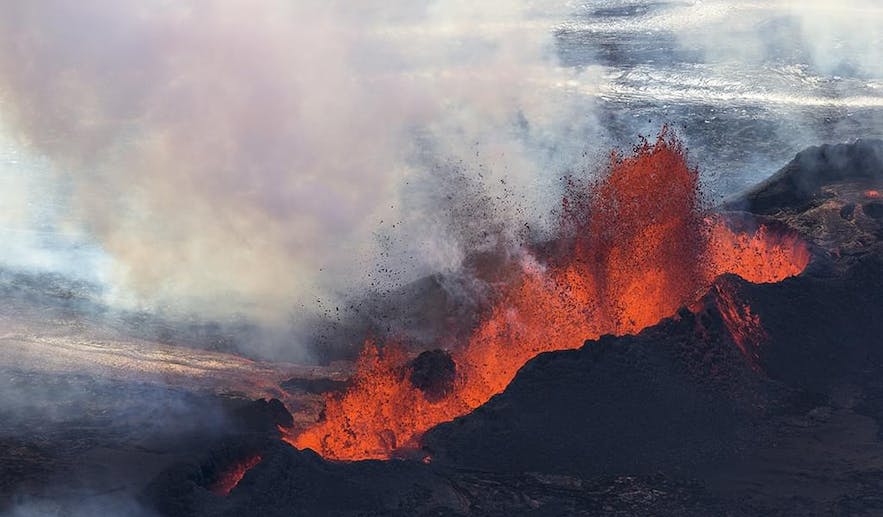 Even though the access to Bárðarbunga area has been limited, the general public have had the possibility to witness this magnificent power of nature from air either by plane or helicopter. In terms of photography, a volcano tour over Holuhraun by helicopter is a once in a lifetime experience. You can get very close to the volcanic activity and experience and make some epic aerial photographs of the flowing lava fountains at Holuhraun eruption and enjoy the bright and saturated colours from the lava and its contrast with the surrounding surreal landscape.

The experience can't really be described not even photographs can properly but the feeling can be defined as vulnerability, excitement and enormous respect for Mother Nature. It's something that one should definitely experience if possible.

About the Author: Iurie Belegurschi is the founder and CEO of Iceland Photo Tours. You can see more of his work on his website or follow him on Instagram.

Experience the best of Iceland on an 8-Day Summer Photography Workshop with Iurie Belegurschi!