How to Pick the Perfect Shutter Speed for Landscape Photography

What is Shutter Speed?

Shutter speed refers to the amount of time that the shutter is open, exposing the sensor to light until it closes again.

How is Shutter Speed Measured?

Most current DSLR cameras can handle shutter speeds as fast as 1/4000th of a second and as slow as 30 seconds.

Shutter speed is one of the three elements that control the exposure of your photograph. The length of your shutter speed will shift the brightness of your image because as the shutter is open and exposing the sensor to light, the sensor is collecting all that light data to create your image.

Aperture and ISO are the other two elements that affect the exposure of a photo. The ISO, aperture and shutter speed work together to create the Exposure Triangle, which determines your exposure.

Below is a shutter speed chart to show the possible shutter speeds increasing by one stop for the 1/3 stop increments that are on most modern cameras. 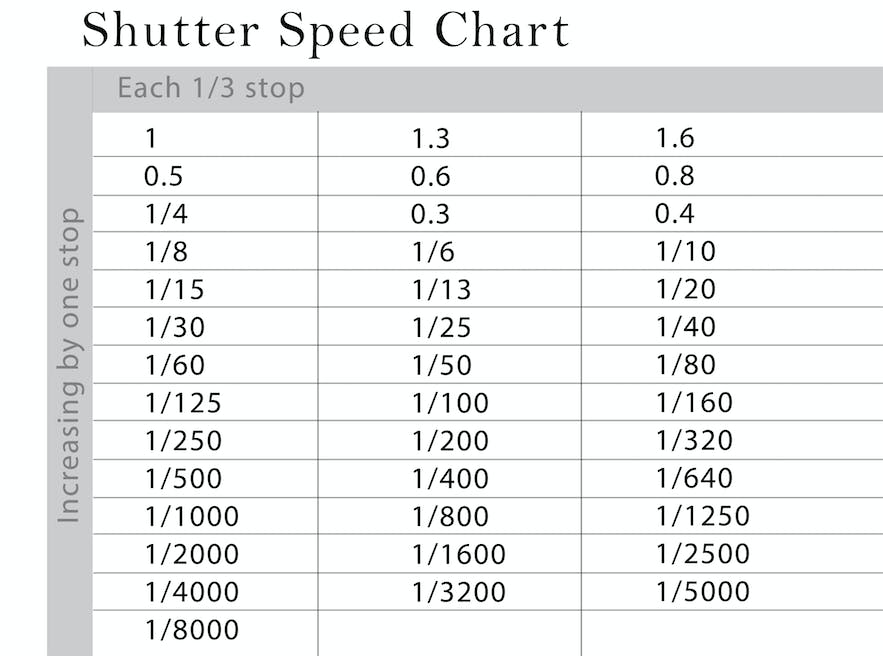 What is a Fast Shutter Speed?

Generally speaking, anything faster than 1/100th of a second will freeze most motion. Movement such as people walking or a flag waving can be captured just fine at 1/100th of a second, however, a bird’s wings or a car driving by may require a shutter speed of 1/1000th a second or faster to fully freeze the movement.

Some examples of a fast shutter speed and when to use one include freezing the motion in a splashing wave, a fast moving subject in the low light of the desert, or for sharp stars in the night sky. 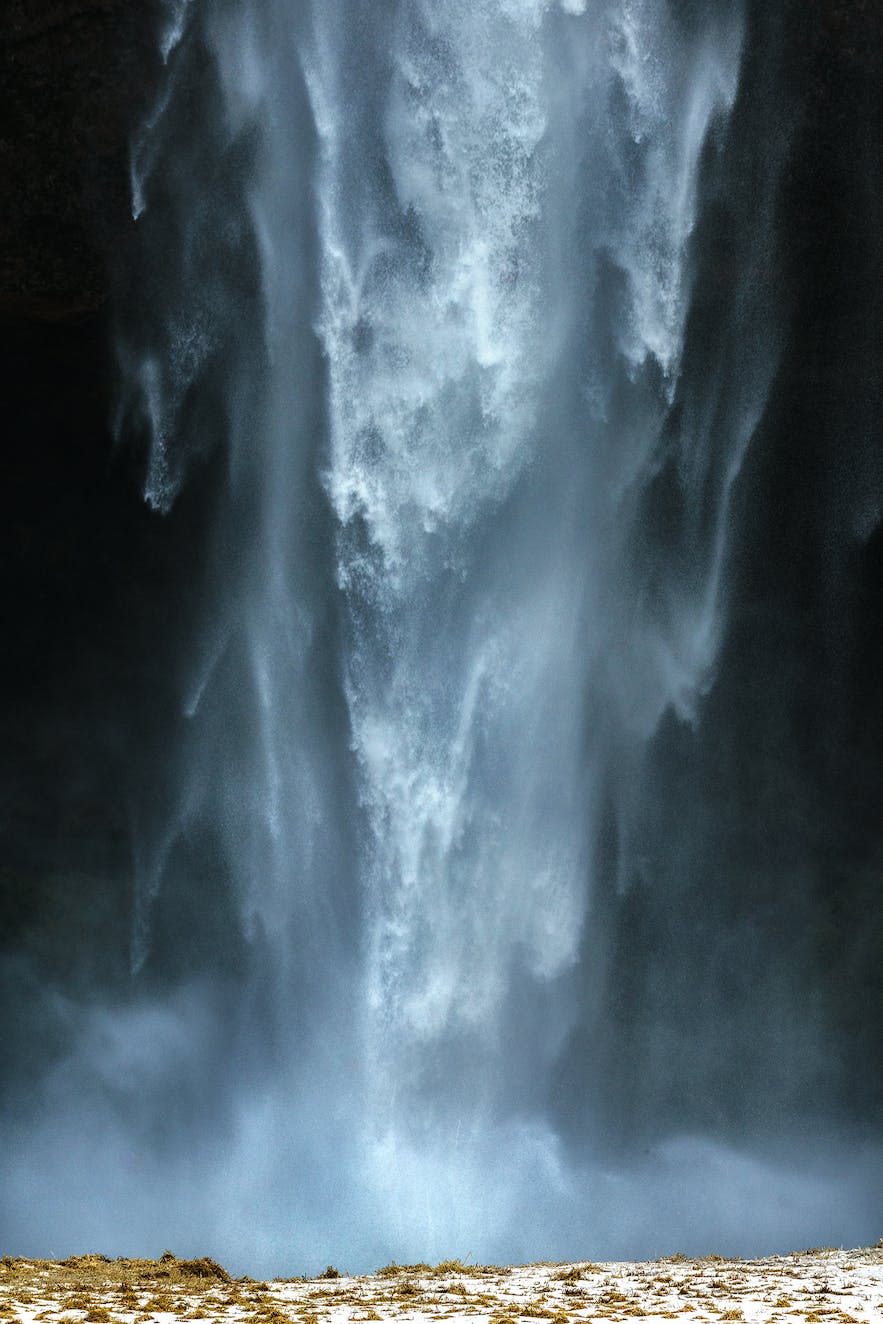 A fast shutter speed can freeze the movement of a waterfall. Photo by: 'Sean Ensch'.

In the image above, I really wanted to freeze the motion of the water to show it’s raw power. I wanted to see every little detail of it, so I knew that I would need to use a fast shutter speed. I shot this at 1/1000th of a second so that it would capture the movement frozen in time. 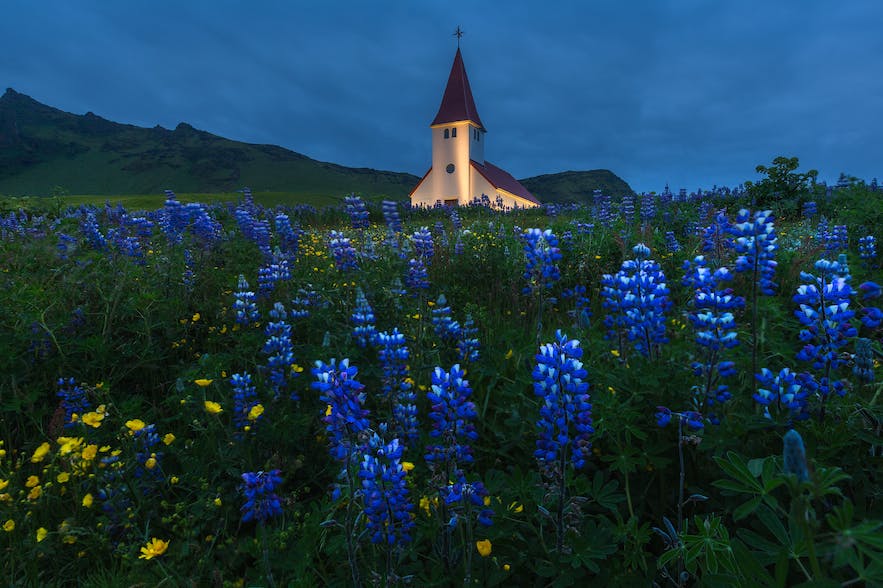 A slower shutter speed is needed during blue hour, but fast enough so that you won't blur the foreground. Photo by: 'Iurie Belegurschi'.

When you are shooting in the blue hour, you'll need a slow enough shutter speed to capture enough light for exposure, but a fast enough one so that the elements in your foreground won't be blurred. You might need to pick a shutter speed of around 1/160th, which is fast enough so that you won't get any motion blur, but slow enough to allow a good amount of light in for exposure. 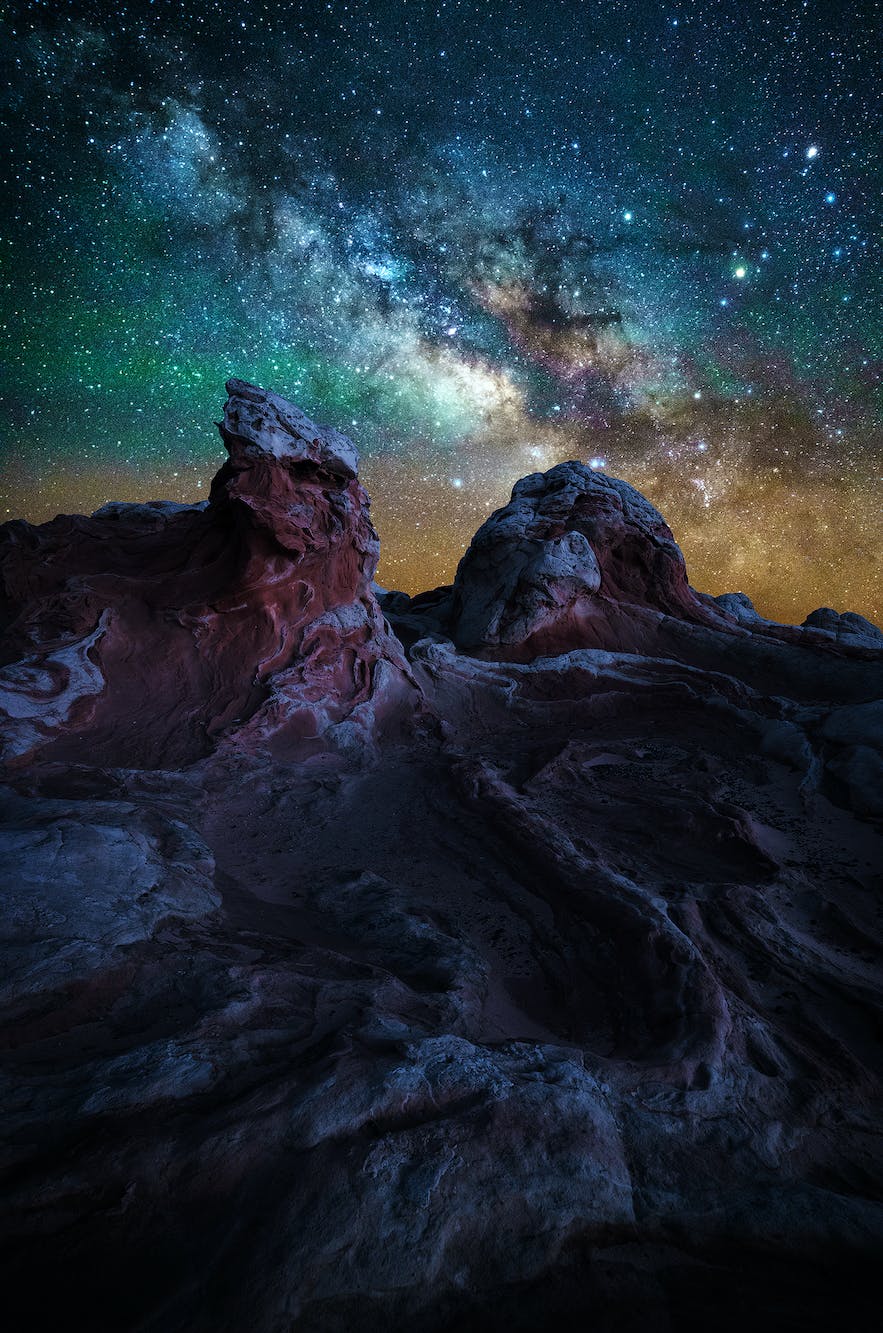 To capture the stars in the night sky is tricky. Much like shooting during the blue hour, you'll need a slow enough shutter speed to allow enough light in for the exposure, but it needs to be fast enough to make sure the stars won't trail out as the Earth rotates.

The photo above was taken at 30 full seconds. Why is that “fast”? Well, it’s a very slow shutter speed, but as you can see, it’s fast enough to keep the stars from trailing. If you had used a shutter speed of one minute, you would begin to see the stars shifting with the rotation of the Earth and capture the beginning of what we call 'star trails'.

What is a Slow Shutter Speed?

A slow shutter speed is considered when it is slow enough to blur movement. Depending on what you are photographing, it can be anywhere from 1/30th of a second to 5 full seconds. As the shutter is open, any movement will be streaked across the image as the sensor is collecting information.

To use long shutter speeds, a tripod is always needed to stabilise the camera so that the entire image and stable objects in the scene aren’t shaky and blurred. 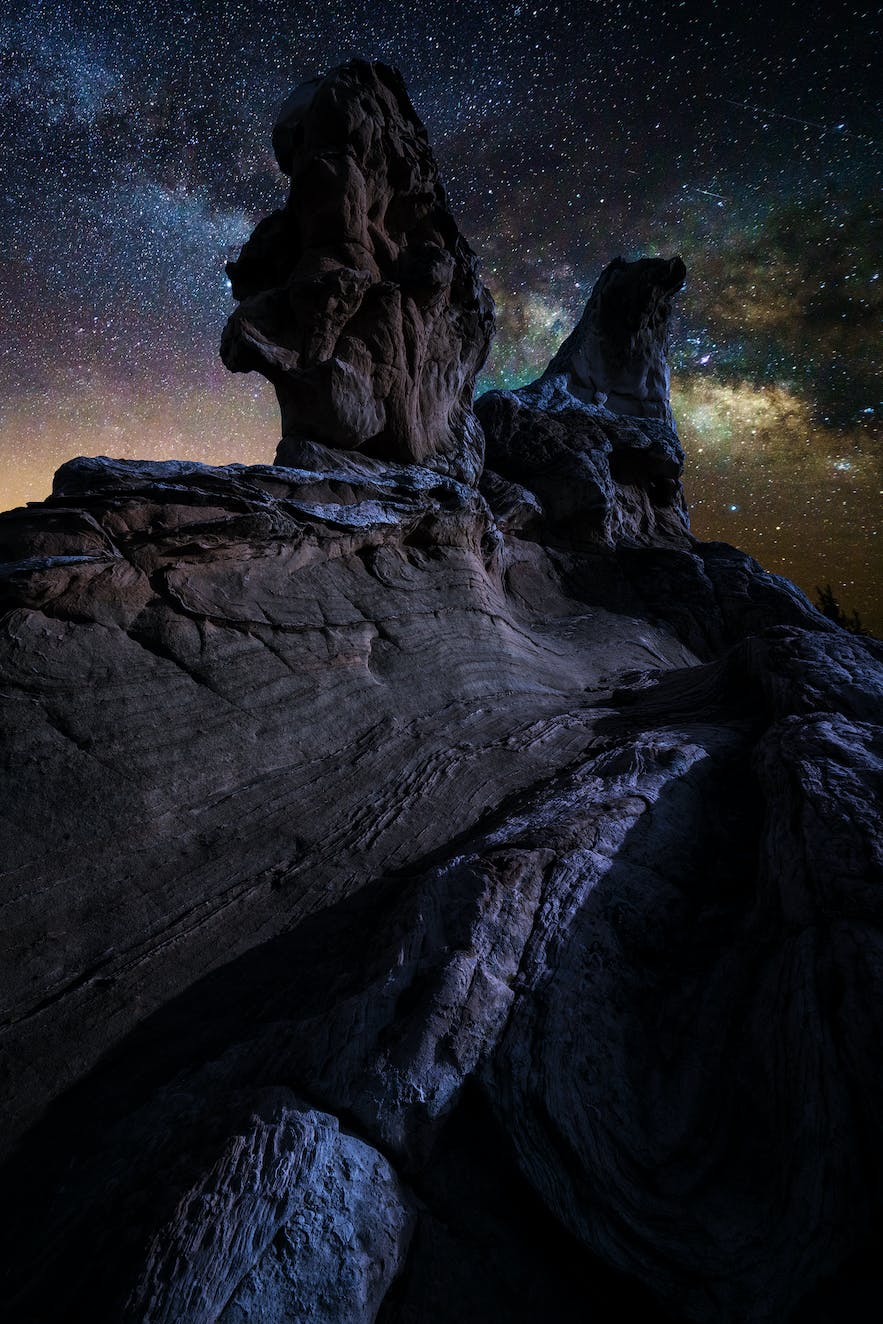 A shutter speed of 10 seconds was required for this photo. Photo by: 'Sean Ensch'.

In the photo above, I was shooting around two hours before dawn on a night with no moon. It was incredibly dark out, which made for a great time to capture stars. I used a shutter speed of 10 seconds with a fast lens and high ISO to capture the image with such a low amount of light available.

Light painting is a great technique to use for night photography. It involves using a flashlight to lightly “paint” light on to foreground objects to help them stand out in the darkness. Other useful times to use slow shutter speeds include for light trails, waterfalls with high volumes or water, waterfalls with low volumes of water, seascapes, and star trails. 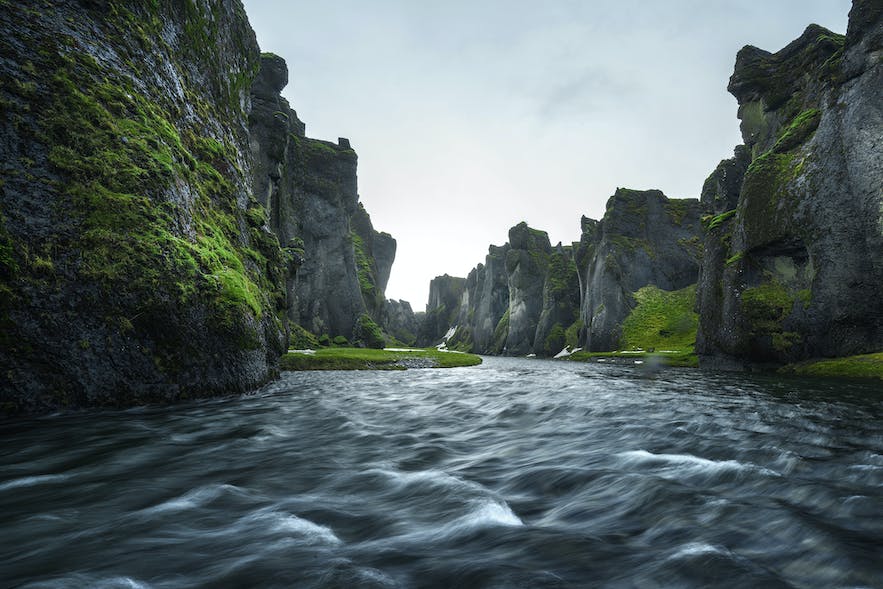 A shutter speed of 1/4 of a second was required for this photo. Photo by: 'Sean Ensch'.

In this image above, I really wanted to pull out a beautiful texture in the moving water. I used a shutter speed of 1/4 of a second. This was enough to blur the movement yet still create a textured painting-like effect without completely smoothing the water.

For example, when you are handholding a camera, you can shoot at 1/30th of a second with a 24mm focal length. If you then switch to a 150mm focal length, you will have a lot of camera shake in your image and need to move to a faster shutter speed of 1/250th or more.

On the other hand, if you are shooting at 12mm, then you can shoot with a shutter speed of 1/20th of a second without any bad camera shake.

The general rule to follow is to have a shutter speed higher than your focal length. This means that at 24mm, you will need to use a 1/30th of a second or faster shutter speed. At 85mm, use 1/100th or faster, and so on.

How to Set the Shutter Speed

Most modern DSLR cameras have a variety of modes to customize your shooting. In Automatic mode, your camera will always evaluate the scene and automatically set your shutter speed, aperture, and ISO for you.

In order to override these settings to choose your shutter speed, you will need to shoot in a mode that allows you to change the shutter speed. There are two modes that will allow this: Shutter Priority mode and Manual mode.

What is Shutter Priority Mode and How to Use It

Shutter Priority mode allows you to choose a fixed shutter speed that you would like to use. Your camera will then select the corresponding aperture needed for a proper exposure. You can find it on your camera on the camera’s dial with the “S” icon. This is incredibly useful when shooting in situations where you absolutely need a specific shutter speed.

Manual mode (marked by the “M” on your camera’s mode dial) is exactly as it sounds – fully manual. It allows you to set your shutter speed, aperture, and ISO to whatever you like. This is the most powerful and useful mode in which to use your camera as it gives you total control. However, to use it effectively, you must understand how to obtain proper exposure.

How to Find Your Shutter Speed Settings 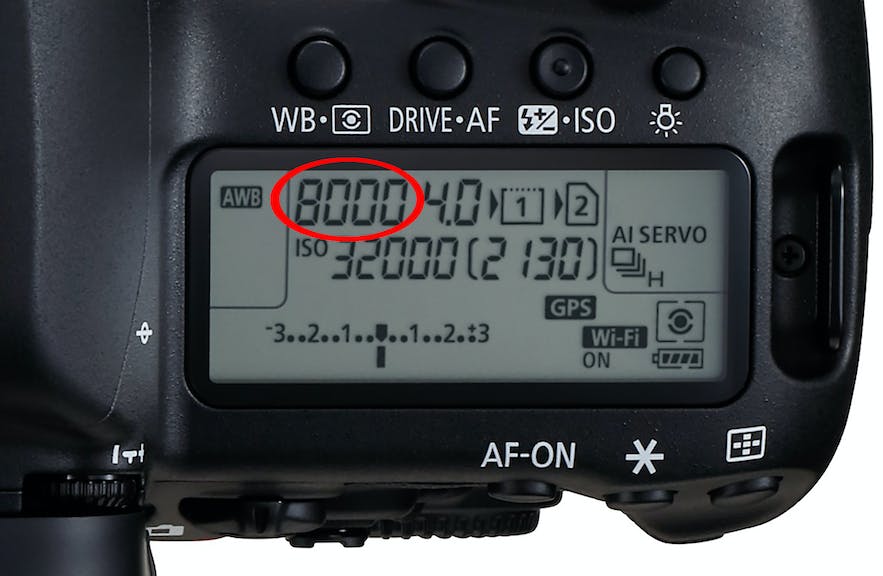 Some cameras show the shutter speed on the top display panel. Photo by: 'Sean Ensch'.

Some cameras may not have a top panel and it may be located on the back of the camera on the rear LCD screen. Most modern DSLR cameras also have your current settings listed in the viewfinder, so that you can see them while looking through taking images.

I always suggest referring to your camera’s manual if you are having any difficulty finding certain settings or panels. 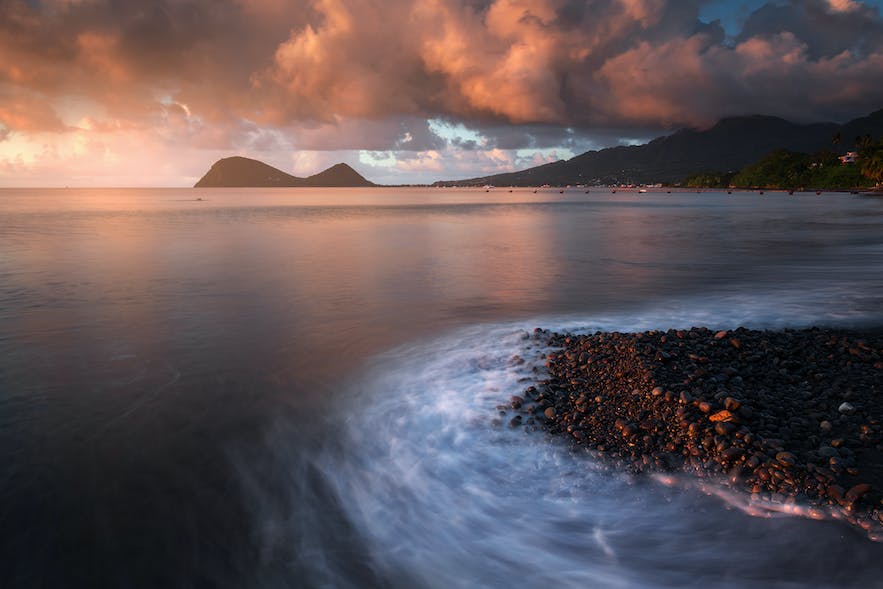 Shutter speed is one of the most powerful tools in landscape photography. Photo by: 'Sean Ensch'.

In my opinion, shutter speed is one of the most powerful tools in landscape photography. Being able to utilise movement to create different effects and moods in your photographs can really separate your images from others and also help you to achieve your creative vision.

My best advice to really learn to pick the perfect shutter speed is to go out and find a constant moving object which you can photograph over and over. This might be a shoreline with waves, a river, a waterfall, a windmill, or even a flag on a flagpole works. Set up your camera and shoot the object at different shutter speeds, different angles, different focal lengths and see how each change affects the image. It’s a fantastic way to learn your settings and how to use your camera. Then the next time when you are out in the field, you can have a good understanding of what different speeds will do to your scene.

I hope this article will prove useful to those who read it. Now go out and create!

About the author:  Sean Ensch is a landscape photographer based in the USA. You can find more of his work on his website or by following him on Facebook and Instagram.

Practice how to use the shutter speed on your camera in-field! Join one of our photography tours and workshops in Iceland. It's the best way to improve your photography skills.