5 Useful Tips For Flying a Drone in Iceland

If you’re planning an adventure to Iceland, then no doubt the first thing that you’ll be considering is how to capture all of that spectacular scenery. Sure, you should definitely take a DSLR with you. But have you considered a drone as well? If you’re reading this page, then the answer to that is probably yes. But maybe you have some reservations, which is fair enough. Flying while on vacation can be intimidating; you might not be very comfortable behind the controls yet. Or maybe you’re worried about getting into trouble and being unfamiliar with the rules and regulations of flying a drone in Iceland.

Luckily you’re in the right place. We’ll help you to prepare by teaching you all you’ll need to know to be confident and comfortable flying your drone in the Land of Fire and Ice. Awesome aerial photography is just around the corner.

With Iceland, the clue is in the name. Any photography adventure here is going to be affected by the weather. Of course, how much of an effect it has will depend upon what time of year you decide to travel. 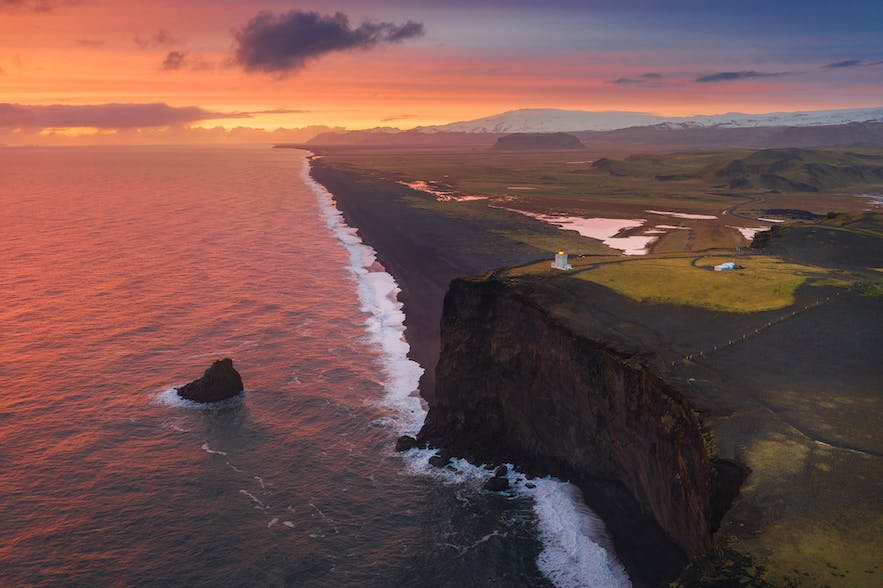 In practical terms, the weather is going to impact your aerial photography in a number of ways.

For starters, when it’s cold and windy, your hands are going to be exposed to the elements. So get a decent pair of gloves to keep those controls steady and your fingers from going numb.

Second, cold and windy conditions in Iceland will have a noticeable impact on your drone’s battery life and flight time. In the wind, your drone has to work harder to maintain a stable hover; the cold also reduces its power efficiency.

On top of that, the wind makes flying more difficult. Depending on which drone you’re using, high winds in certain locations will mean your usually steady flight path is a little more jerky than normal. 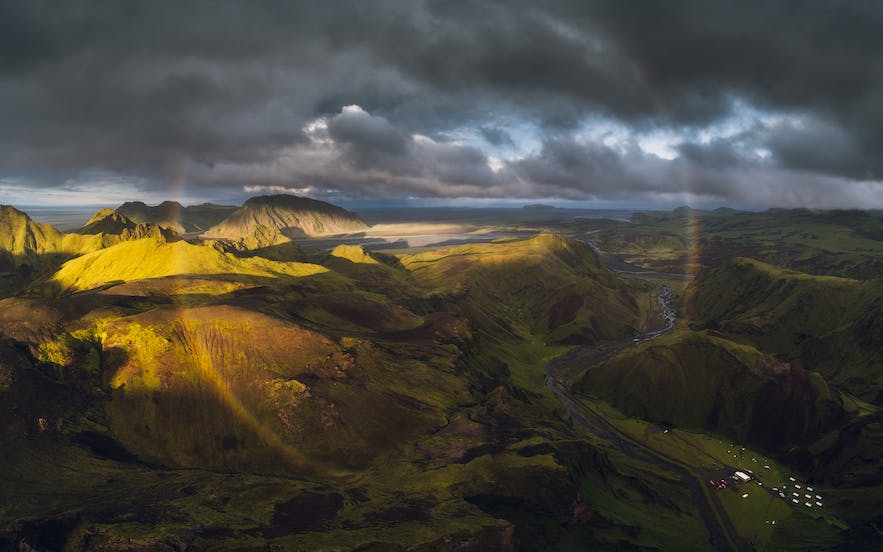 Rainbow in the Air. Photo by: 'Iurie Belegurschi'.

In general though, the biggest challenge with Icelandic weather isn’t the cold, the wind, the rain or the snow. It’s how quickly it can change from one thing to another.

This goes both ways: If the weather is bright and the skies are blue, then within a matter of minutes the rain could start coming down. Equally, if the conditions are too poor to fly, then you might find that a little bit of patience goes a long way when the sky eventually clears.

It all comes down to being adaptable and quick to respond as the weather changes. Iceland will test your decision-making as a drone pilot, not just your ability behind the controls.

It might come as a surprise, but of course there are rules for flying your drone in Iceland. It’s not a free for all and the regulations here are not that different from elsewhere in Europe.

If you don’t want to annoy the locals, other tourists and, most importantly, get in trouble with the authorities, we suggest you read up on the rules via the Icelandic Transport Authority. 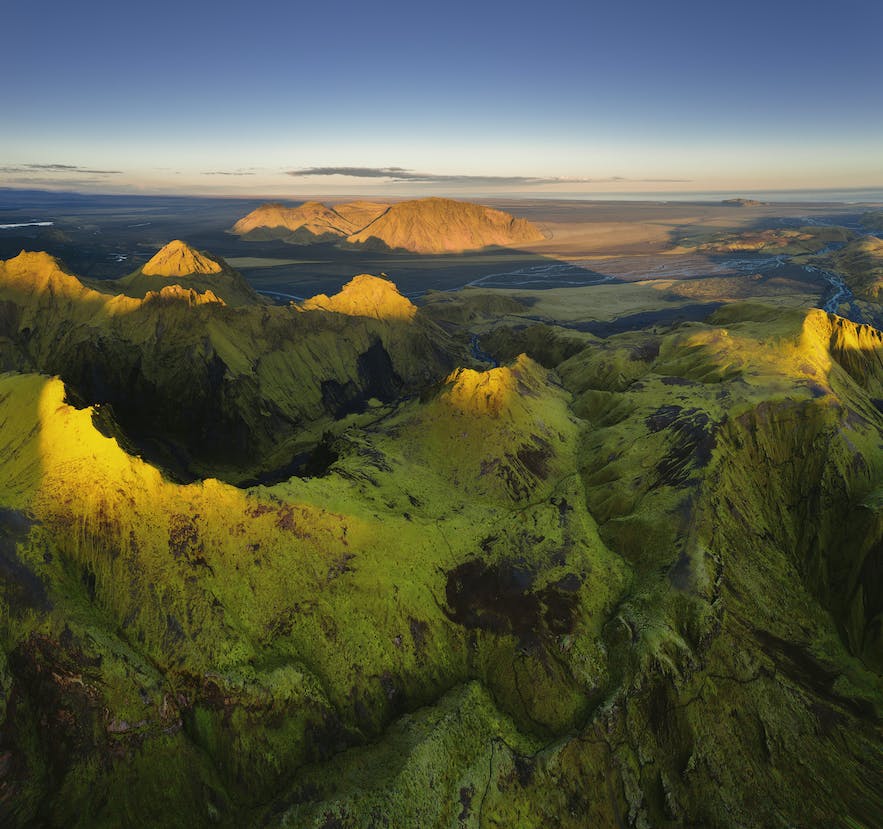 Soaring Over the Mossy Mountains of Iceland. Photo by: 'Iurie Belegurschi'.

But that’s not all. The Environment Agency and individual National Parks also have separate rules regarding drone flights to protect the environment and the experience of other visitors to Iceland.

That means that for several locations and most tourist hotspots, you will have to apply for an exemption to fly there. You can arrange a permit for most protected locations here, with the Environment Agency.

Aside from that, use your common sense when flying in Iceland. Don’t fly above people, keep your drone within sight at all times and avoid doing anything that will give your fellow aerial photographers a bad reputation.

3. Know There is More to See than You Have Time For

Unless you are very lucky and very wealthy, then you probably won’t be spending more than a couple of weeks in Iceland. Which is fine. The only problem: There’s more to see here than you will have time for – guaranteed.

All that means is that you should plan your trip wisely and make the most of every day. For example, why not consider organising a road trip and renting a car? That way, you can change your itinerary to keep up with the weather conditions and circle back to a location at a later time if something else crops up.

There are incredible sights and scenes around every corner in Iceland, so don’t be surprised if you get distracted and need to make new plans on the fly! 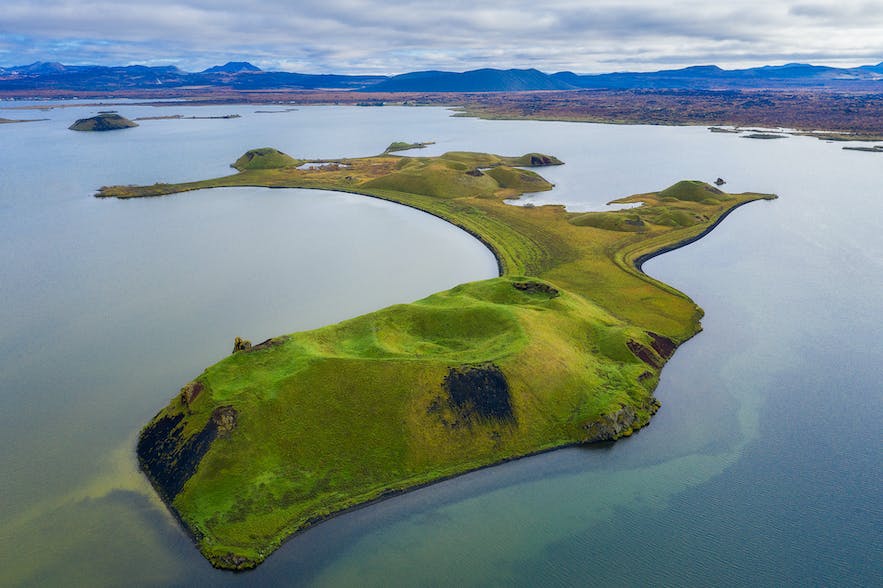 Island From Above. Photo by: 'Iurie Belegurschi'.

Choosing locations is even more complicated if you’re aiming to do a lot of aerial photography. As we’ve mentioned, you’ll probably need to sort out permits for certain spots – this obviously needs to be arranged in advance and organised as part of your itinerary.

However, you’ll also need to select locations based on how good they might look from above. Some sights will be absolutely epic when shot using a drone while others will be not so appealing, so plan your flight path with that in mind.

2. Be Respectful Around Others When Flying Your Drone

Sure, drones have been around for a while now. But that doesn’t mean everyone you see will be familiar with them or that your fellow travellers and Icelandic locals will react the way you expect.

So there are a few easy steps that you can take to avoid getting into trouble and to generally avoid causing distress to others. 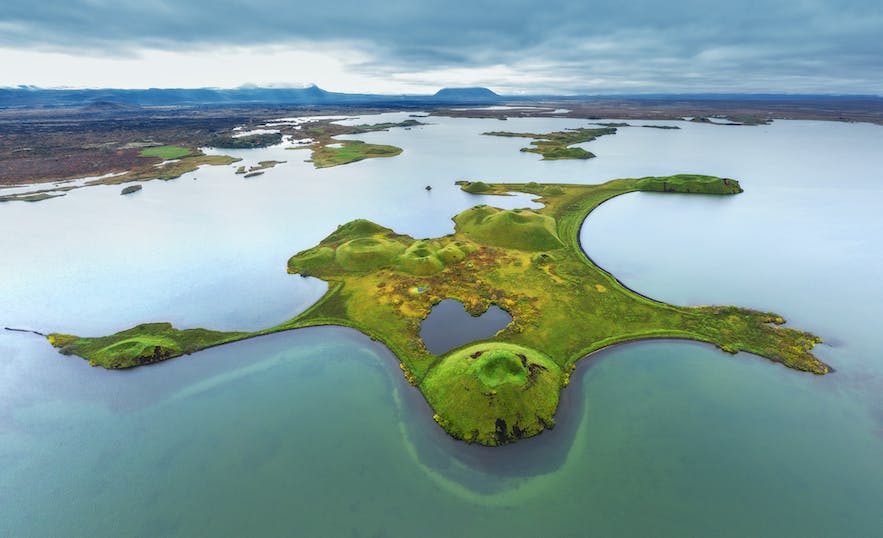 Crater on the Edge. Photo by: 'Iurie Belegurschi'.

Obviously, the first step is to follow the rules as laid out by the Icelandic Transport Authority. But aside from that, it’s about being a conscientious pilot and flying with respect for others. So what does that mean in practice?

For starters, you should always avoid flying directly over people. It’s also a good idea to be open about what you are doing. That might involve asking others if they mind you flying for a few minutes. That way, anyone who is curious can see what you’re up to and even take a look at your monitor.

Ninety-nine percent of the time, people will be more intrigued than annoyed or anxious about your flying.

Just remember: When you’re out flying your drone, you effectively become an ambassador for your fellow pilots and aerial photography enthusiasts. So keep that in the back of your mind whenever you’re behind the controls.

Any photographer will tell you how important patience is for capturing a scene perfectly. Waiting for the shadows to fall at a certain angle... the agonising moments before the sun breaks through the clouds... you know the feeling.

When flying a drone in Iceland, you can expect to take that usual amount of patience required and double it. 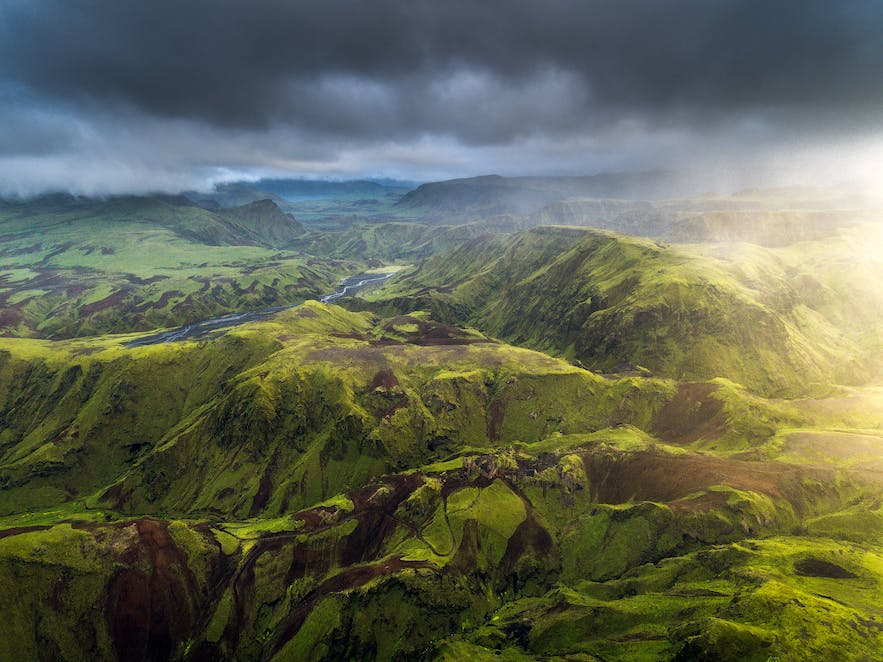 Not only can the ever-changing conditions make it tough to get consistent footage, but you’ll also be bound to fall foul of a few classic drone pilot mistakes, such as forgetting to press record (argh!), running out of battery in the middle of a shoot, or being grounded by wet weather.

Your best bet is to stay positive, whatever conditions that Iceland ends up throwing at you. Conditions can change rapidly, so better weather, better luck and amazing scenery may just be hiding right around the corner.

Are you interested in Drone Photography in Iceland? Would you like to see Iceland from above? Join our drone-friendly 3-Day Highlands Photo Workshop in Iceland!