Small Format Photography: What You Need to Know

If you’re new to photography, then it might come as a surprise to you that cameras come in a number of different formats. Those who have been in the game for a while have probably heard of medium and large format cameras but may not be aware that small format exists too.

What exactly is a small format camera and what does it mean for your work? To answer these questions, it’s important to take a look at the history of photography, from the good old days of film to the advent of modern digital cameras. Once you’ve developed an understanding of what small format is, you’ll be able to assess the advantages and disadvantages of investing in this type of system for your own photography, including whether or not you might benefit from an upgrade to a camera with higher-resolution capabilities.

The history of small format photography begins with film. Let's not bang our heads yet... we're not going to dive into the intricacies of how cameras came to be about. 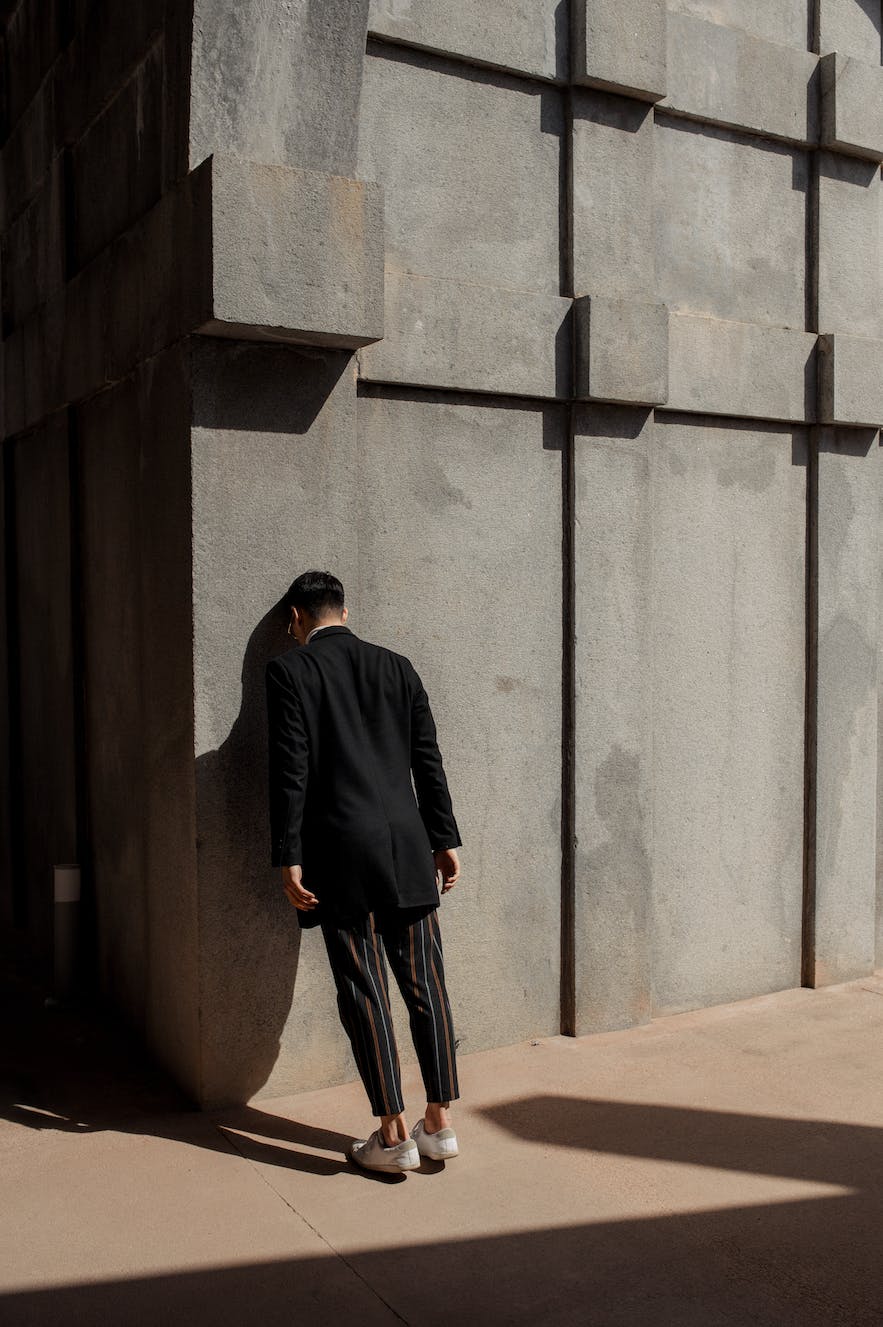 There's no need to bang your head. Learning about all the different types of cameras is a great way to develop your understanding of photography. Photo by: 'Daniel Mingook Kim, Unsplash'.

Film comes in a variety of sizes beyond the familiar reels that you might find over the counter of your local department store. The reason for this is that film is made to suit the image frames of different analog cameras. These image frames can be described as either small, medium or large format.

The frame sizes of small format cameras range from 24 x 24mm to 40 x 40mm, which means that they can accept film with widths of 8mm, 16mm, 24mm and 35mm. A typical standard frame size for a small format camera is 36 x 24mm. This is equivalent to a single frame of 35mm film (also known as ‘135 film’) and closely matches the size of a sensor in a full-frame digital camera. Of course, smaller frame sizes exist and they come under what we call the ‘subminiature’ category, which is distinctly separate from small format cameras. 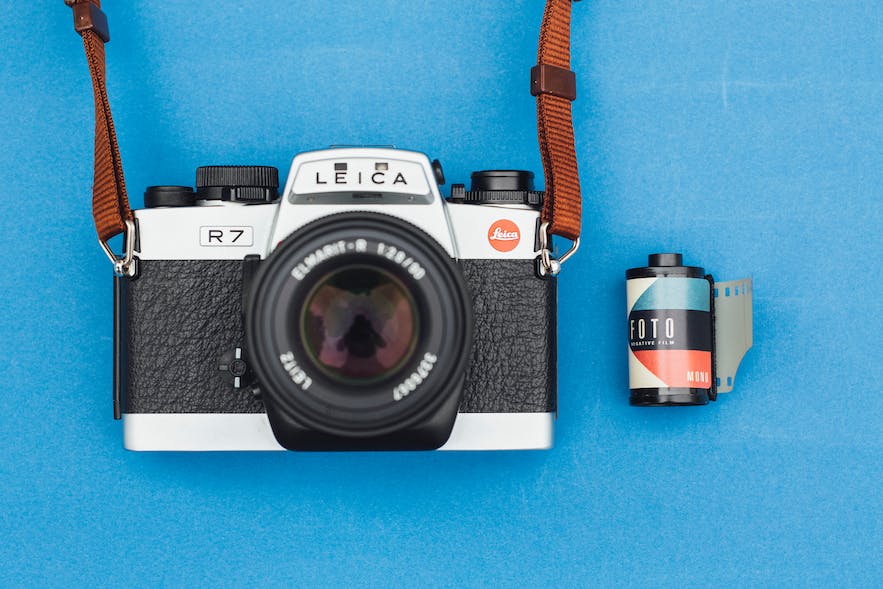 So how did the expression ‘small format’ actually come about? In the beginning of the 20th century, small format cameras were originally known as ‘miniature format’. As the quality of 35mm film improved during the 1960s, more professional photographers began to use it, giving rise to more eloquent nomenclature. Consequently, the term ‘miniature’ was phased out with ‘small format’ being introduced as a widely-accepted replacement.

Small format cameras come in both analog and digital forms. Analog cameras may be divided into point and shoot, SLR and rangefinder types. Meanwhile, digital cameras may be categorised as either crop sensor or full-frame. Let’s take a closer look at a few popular examples of these types of cameras below.

The most popular type of small format analog camera has a frame size that accepts 35mm film. Here are some of the more well-known film cameras from this category. 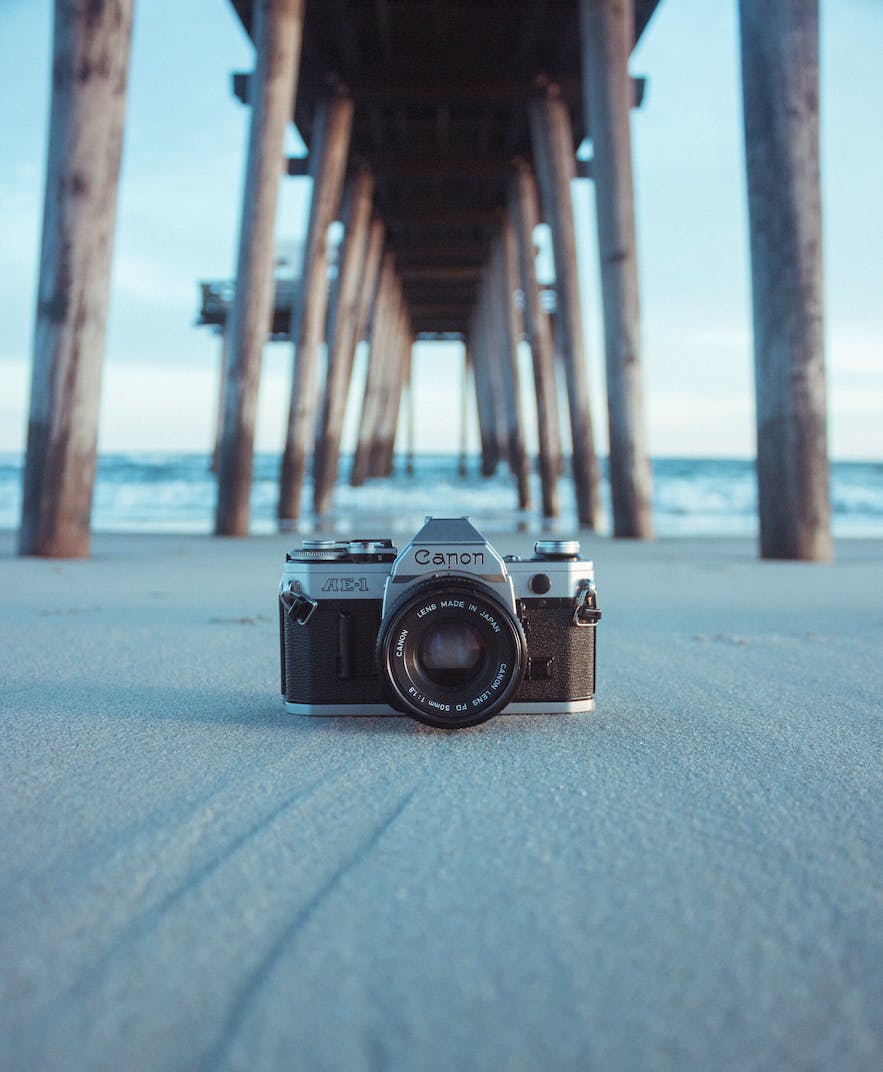 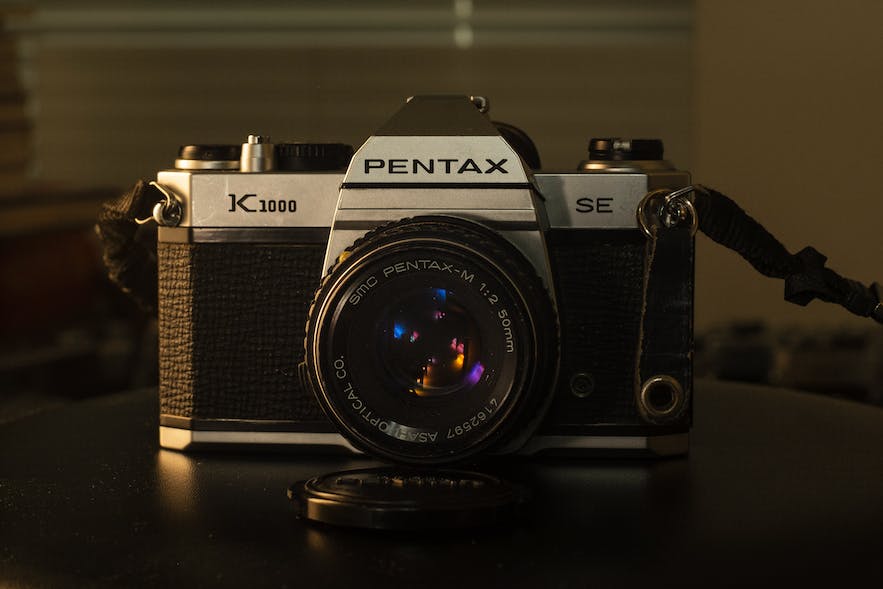 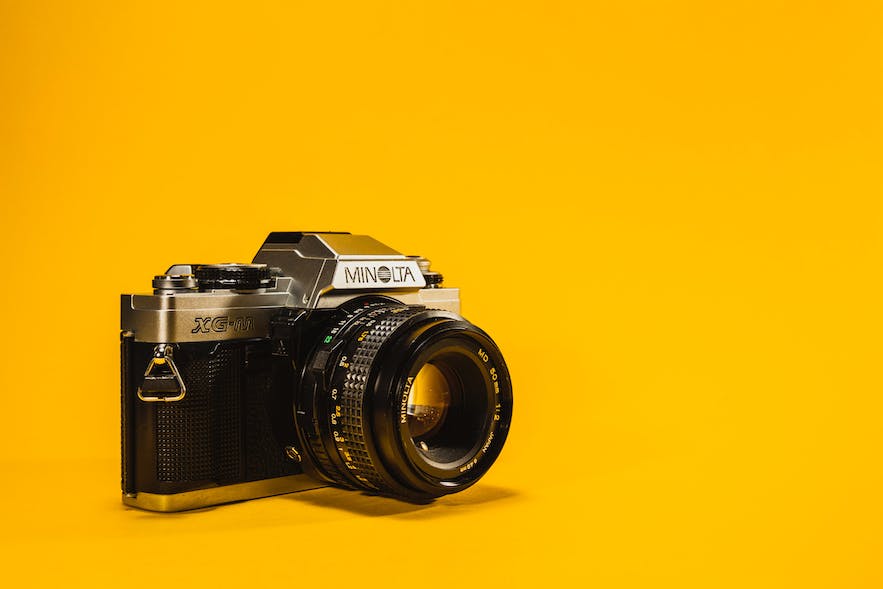 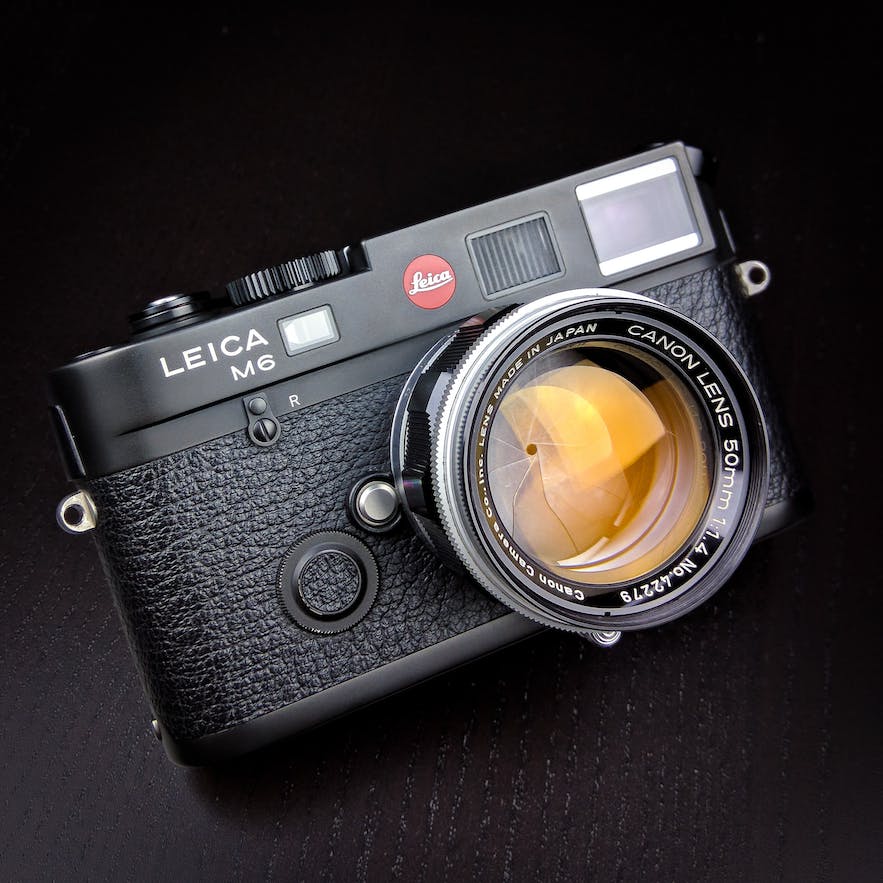 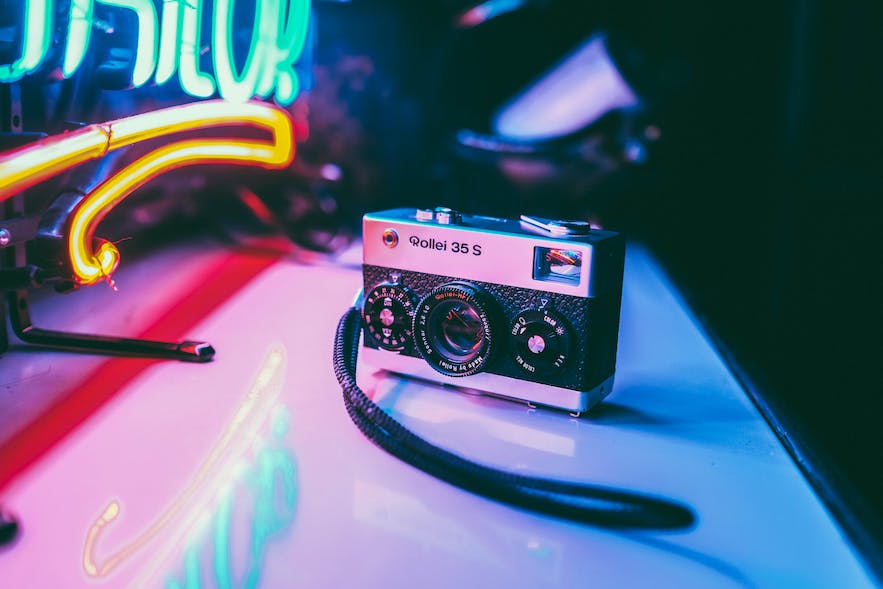 Small format digital cameras have either full-frame or APS-C / crop sensors. If you’re wondering where micro four thirds cameras sit, they actually belong in the subminiature category, which we’ll cover another time! 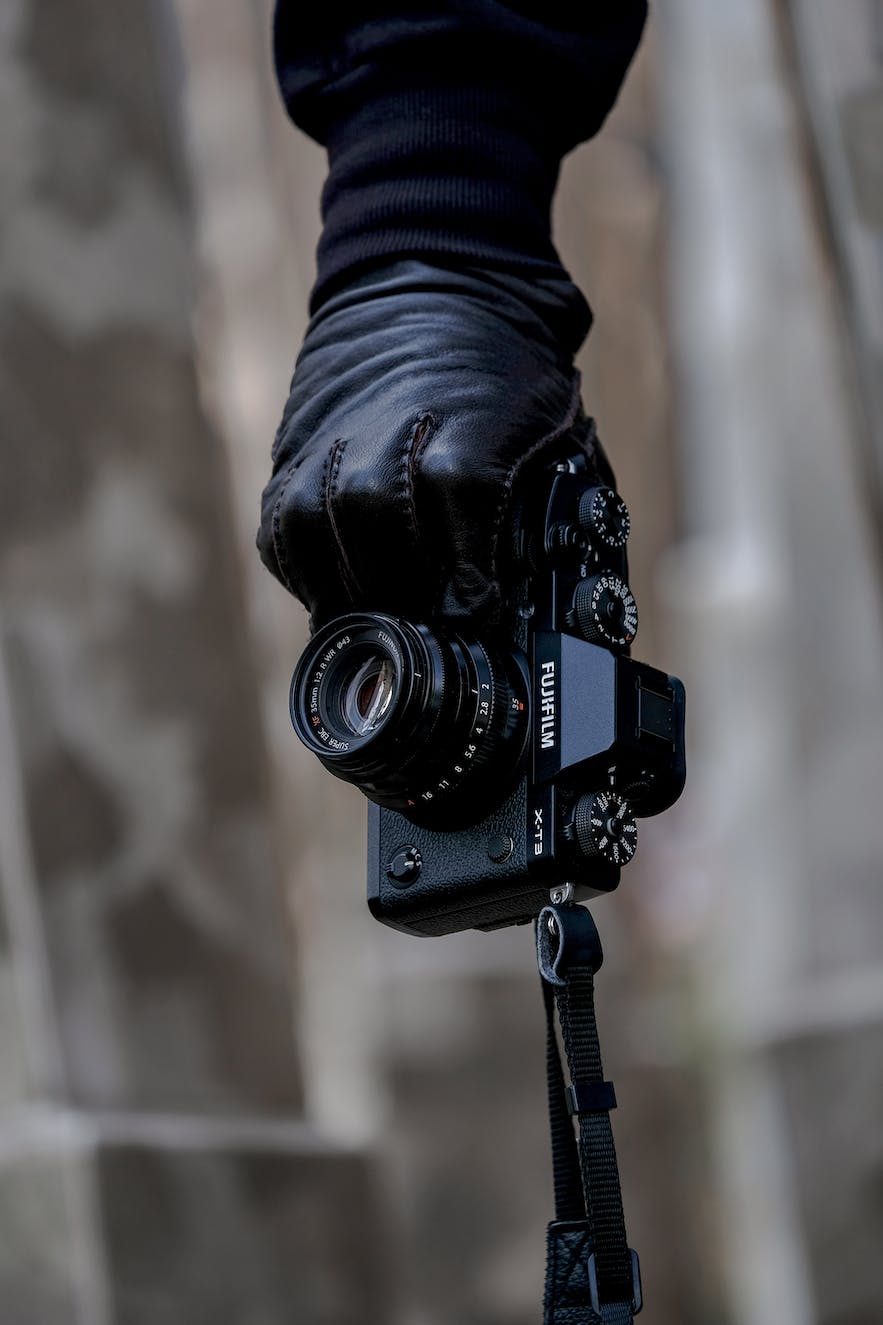 The Fujifilm X-T3 is great for action photography. Photo by: 'Janis Rozenfelds, Unsplash'.

There are many advantages involved with investing in a small format camera system. For example, if you’ve never explored analog photography before, then a second hand small format camera is a good way to delve straight into shooting with film. It’s not too pricey to invest in one and they’re small enough to carry around, meaning that you’ll be more likely to take your camera out with you to experiment in your day-to-day life. 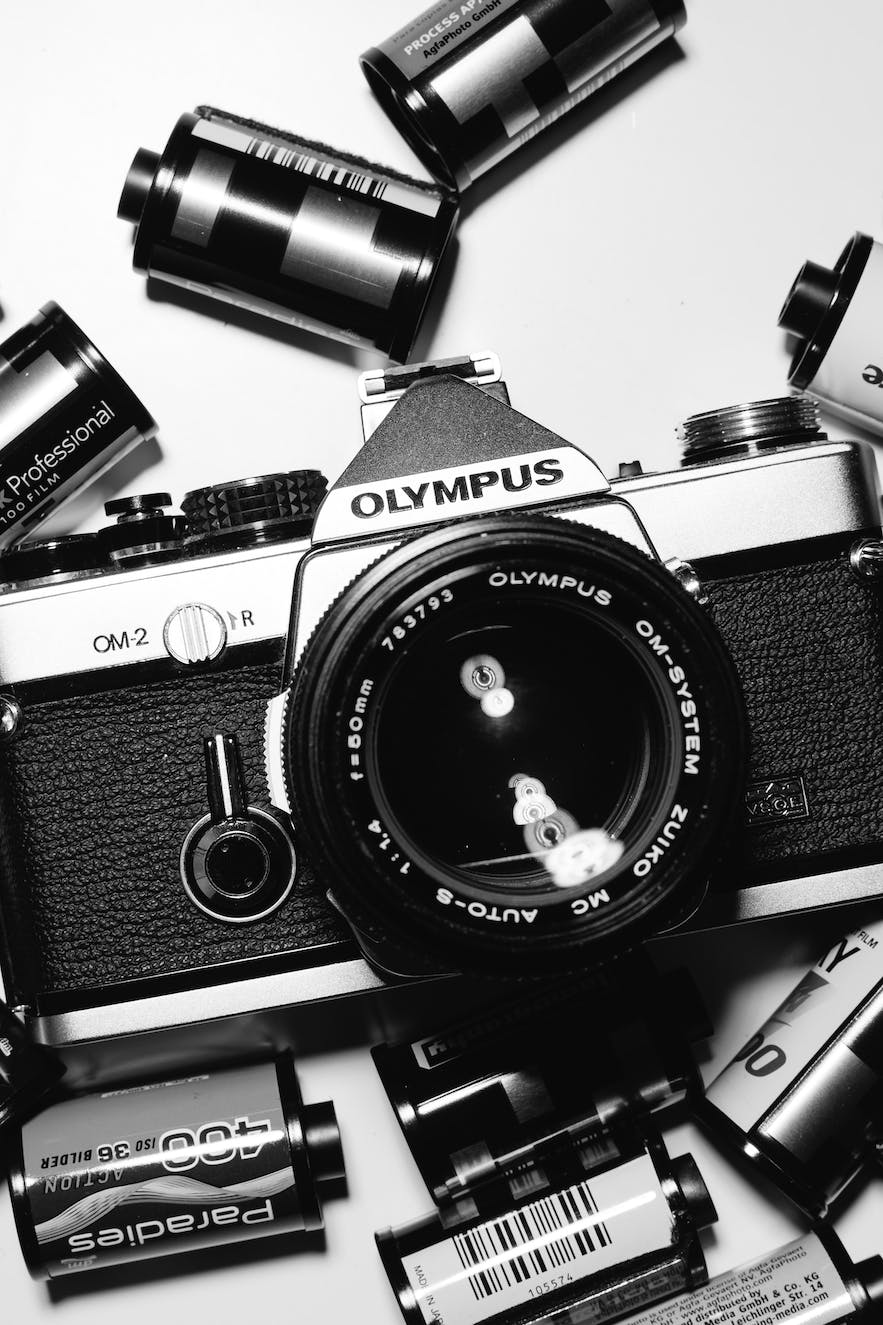 For photographers who prefer to stay within the digital realm, it’s important to note that modern digital small format cameras can still be quite expensive. However, they remain relatively cheap in comparison to their medium and large format counterparts. This makes them a good choice for beginners to digital photography. 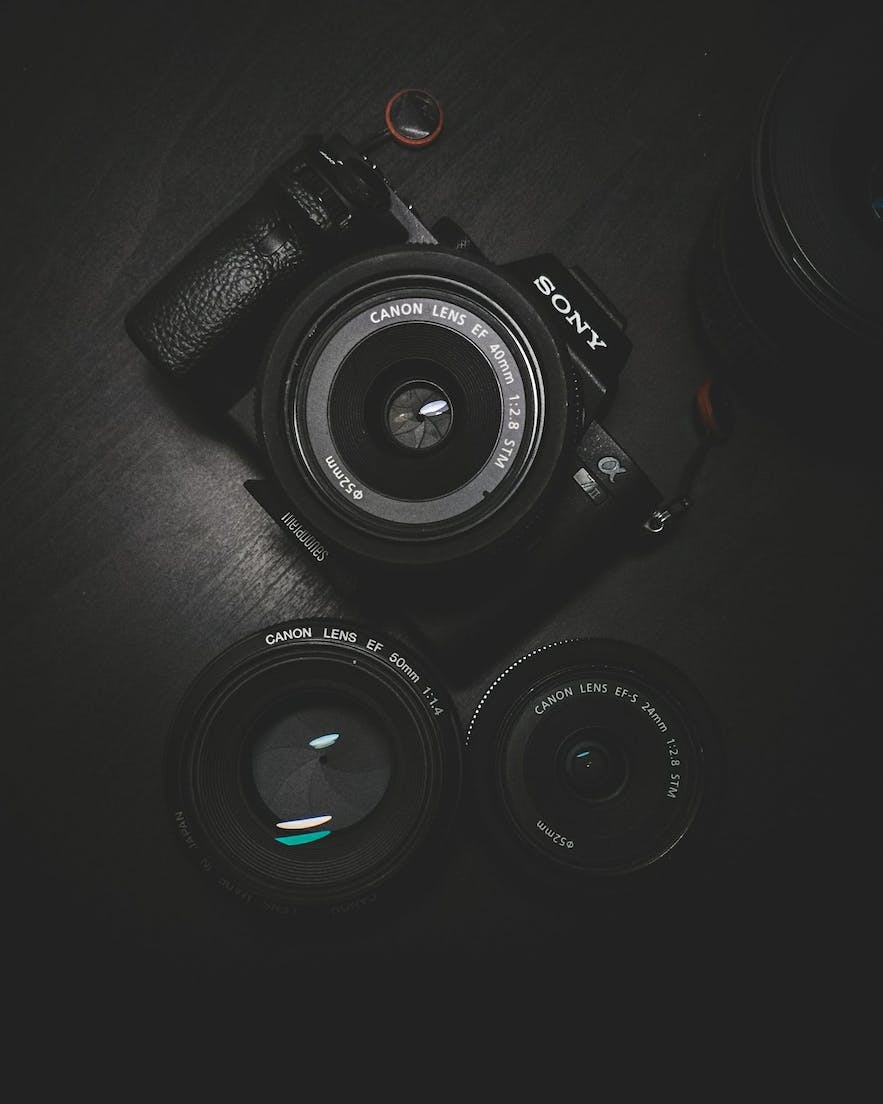 Modern small format cameras are great for when you need to be on the go. Photo by: 'Conor Luddy, Unsplash'.

Given their versatility, small format cameras continue to saturate much of the market today, both in analog and digital form. Wherever you go, you’ll find an abundance of both new and second hand equipment to fit this particular format size, including a wide variety of film, lenses and accessories to match. 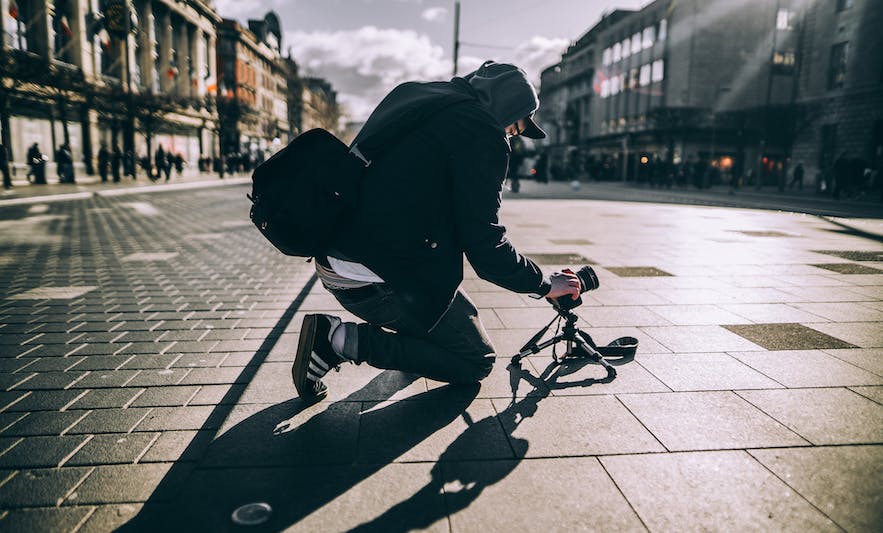 Small format cameras are easy to throw into your backpack for the day. Photo by: 'Stephen Kennedy, Unsplash'.

Speaking of size, one of the most significant reasons that small format cameras remain so popular is that they can easily fit into a small bag. This makes them an extremely attractive option for circumstances in which you may have to be discreet, such as with street photography. They’re also easy to take into high-action environments where you may need to act quickly to get the shot and are particularly suited to photojournalism, sport or documentary photography. 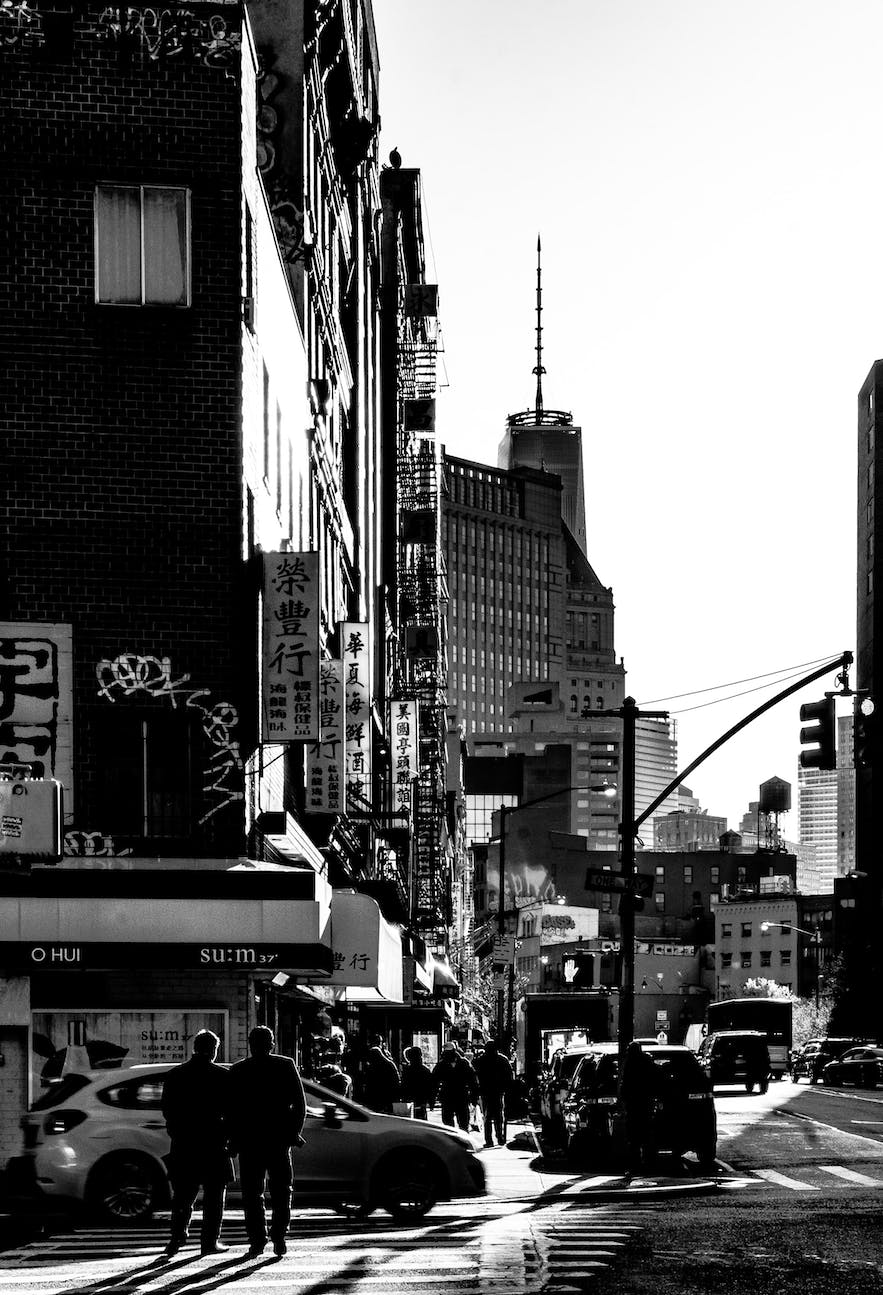 Although digital small format cameras can be quite hefty these days in terms of weight, they’re still much more compact and lighter than medium or large format, so you’ll be able to move about freely whilst taking photographs. This makes them perfect for landscape photography that involves hiking. Let's face it – you probably already battle with internal turmoil when having to decide whether to bring your heavy tripod with you on photography adventures. There's no need to add the weight of a medium or large format camera on top of that! 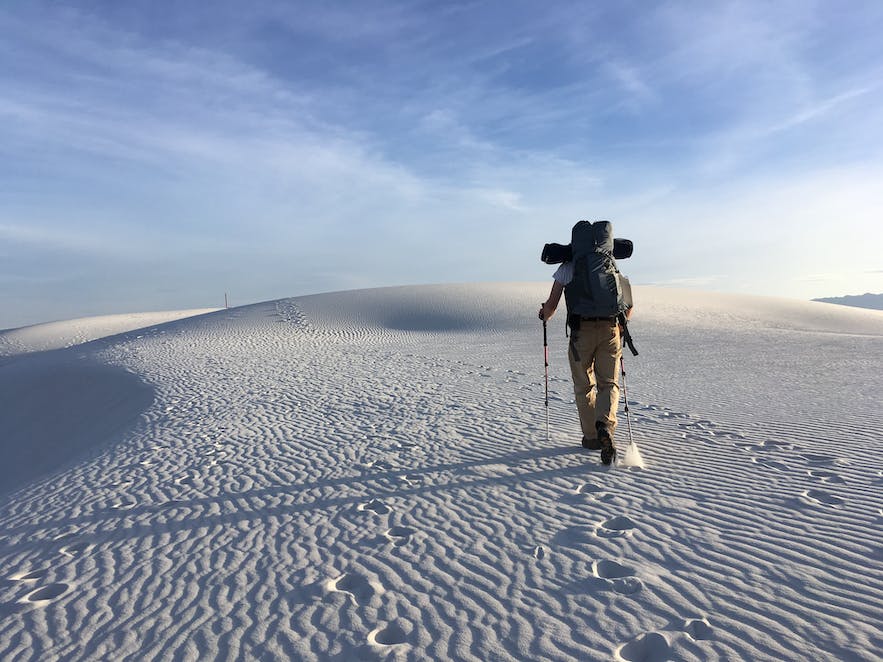 You probably won't want to lug a medium or large format camera into the sand dunes of a desert. Photo by: 'Vi Nowak, Unsplash'.

Every sweet has its sour and small format cameras are not exempt. We’ve already talked about how small format analog cameras take smaller film sizes, as well as how their digital counterparts are roughly similar in terms of sensor size. When you consider this in detail, a single 35mm negative is more or less the size of a postage stamp. This means that the resulting image is not able to be enlarged to the same extent as an image taken with a medium format or large format camera without significant loss of quality. 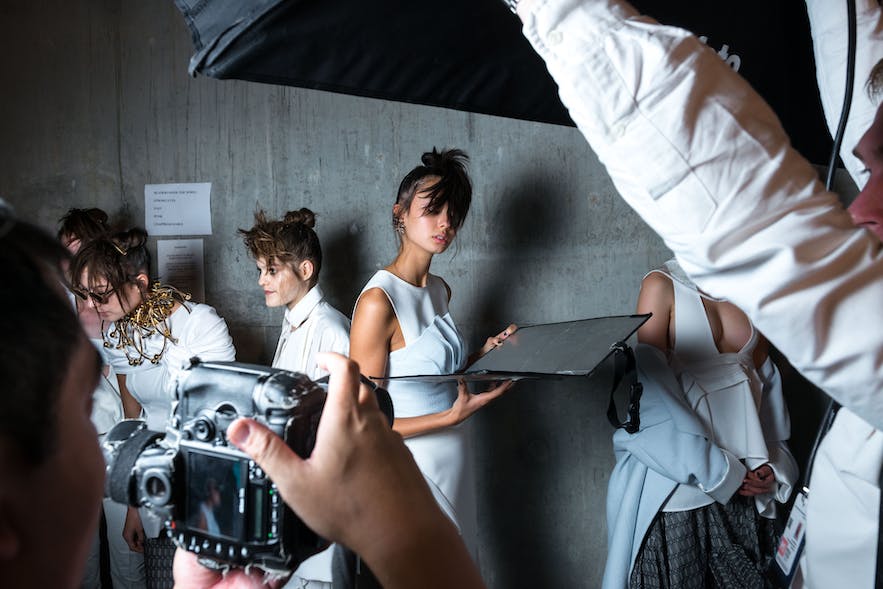 Photographers working in the fashion industry are more likely to use medium format and large format cameras. Photo by: 'Flaunter, Unsplash'.

The same goes for digital small format cameras, which have smaller sensors than medium format and large format cameras. The reduced surface area of the sensor means that less light is able to be gathered for an exposure, resulting in a higher level of noise. This is why photographers who work in situations that require extremely high quality print capabilities – such as fashion and editorial photography – tend to choose medium or large format cameras for their pursuits.

There is a place and a time for everything, as well as a type of camera to suit every photographer in any genre of photography. Small format cameras have undertaken quite a journey of evolution throughout history but they’ve still managed to retain a special place in our camera bags, mainly due to their compact design and ease of use. The relatively low cost of small format cameras (in comparison to medium and large format) has given many people the ability to explore the world of photography, whether shooting film or digital. It’s no surprise that continued advancements in technology have resulted in even more incredible features being packed into these types of cameras, making them reliable workhorses for both beginners and professional photographers alike. 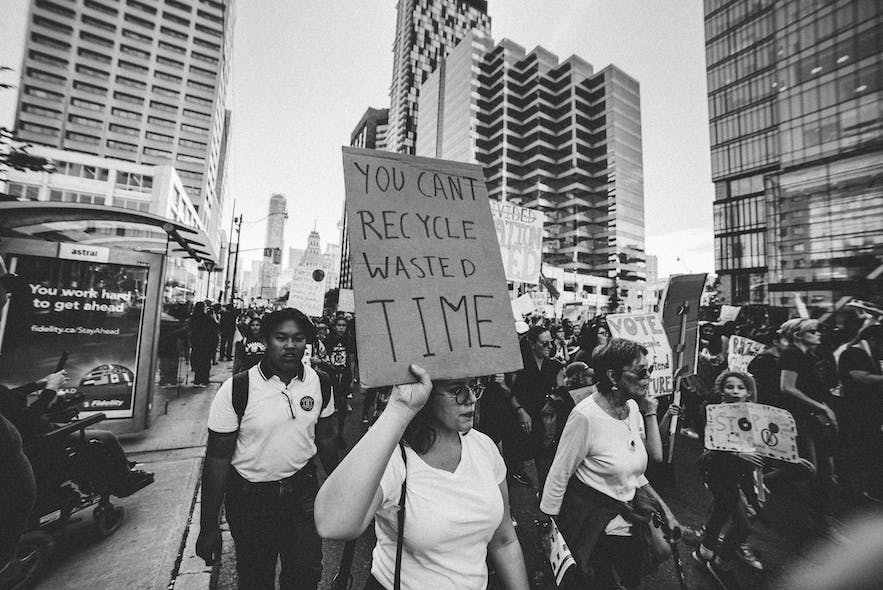 Small format cameras may be right up your alley if you're a street photographer. You won't have time to waste fiddling around with medium or large format cameras in a situation like this. Photo by: 'Lewis Parsons, Unsplash'.

Although you would be better off with a larger format camera for work that needs to be of a higher quality, small format cameras still remain the most sensible choice for everyday photographers in a variety of genres and a diverse range of situations. Now that you have an understanding of the advantages and disadvantages of owning a small format camera, you’ll be able to decide whether these systems suit your own style of photography and when (if ever) might be a good time to upgrade.

What is your experience using small format cameras? Would you ever consider upgrading to a medium or large format? Share your thoughts and leave a comment below!