The Ultimate Guide to Cruises to Antarctica

Antarctica is a vast and spectacular continent untouched by the otherwise inescapable influence of humankind. Nowhere else on earth can guests experience landscapes so untouched, wildlife so unafraid of your presence, and a climate that seems to belong to another planet. It is little wonder, therefore, that as the tourism industry has bloomed, more and more adventurers have sought to reach its distant shores.

This is particularly the case for landscape and wildlife photographers; the chance to capture images of Antarctica will do incredible wonders for any portfolio. 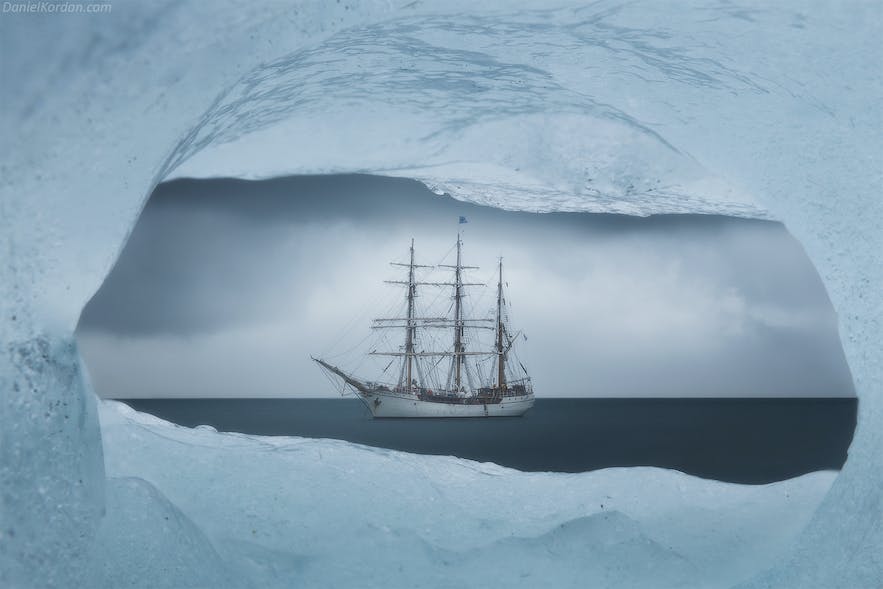 The Antarctic Continent, however, is notoriously difficult to reach. It has little capacity for commercial flights - and even then, the continent’s fearsome weather blocks planes for the vast majority of the year. The only other way to reach it is by crossing the Southern Ocean, usually through the Drake Passage, which is renowned for enormous waves and vicious storms.

The continent, however, in still inaccessible by sea throughout winter because of the many miles of sea-ice that surround it.

In spite of these challenges, travel to Antarctica has become not just possible but easy due to a wealth of cruise ships that travel there. To ensure that the weather and sea ice are no impediment to the trips, they only run between at the height of the austral summer, between November and February, and almost exclusively travel to the Antarctic Peninsula, the northernmost and most temperate part of the continent. 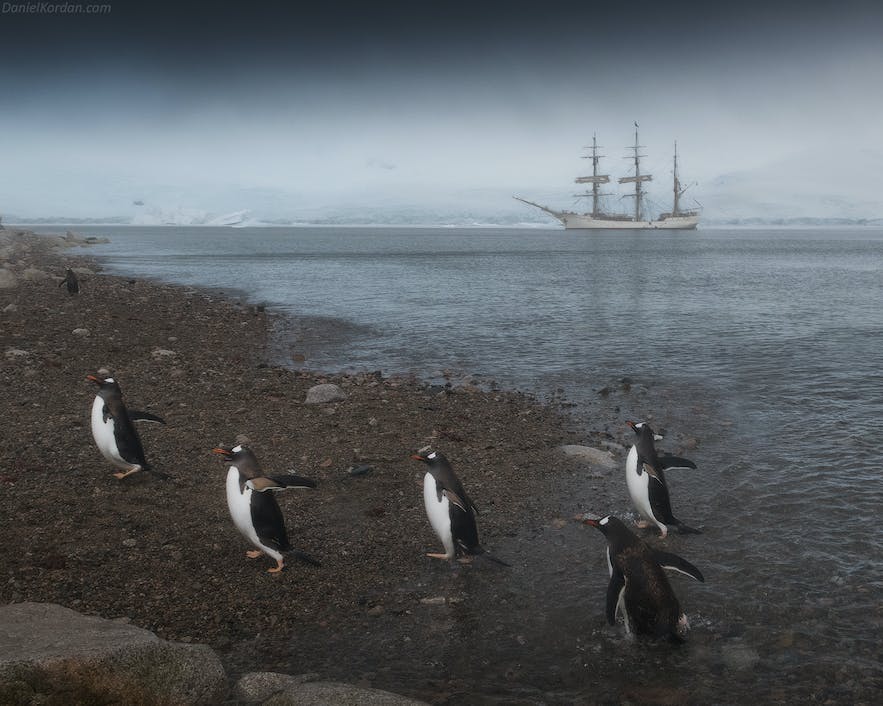 Dozens of cruise ships depart every year, of all different sizes; some are enormous with a wealth of luxury facilities, while some are much smaller, usually specialised for certain kinds of travel. Which to take depends on the needs of the traveller.

Those who want to travel in comfort, with a wealth of amenities, should look to a larger cruise ship; these fare much better in the extreme conditions of the Drake Passage, which can make smaller vessels very rocky. Those who wish for a more intimate experience with the continent, however, should avoid them.

The reason for this is that ships with over five hundred guests are not allowed to have excursions onto the land. While Antarctica is still beautiful to admire from the sea, from the land, you can witness the landscapes from a whole new perspective and have a chance to get up close and personal with the spectacular animals that call the continent home. 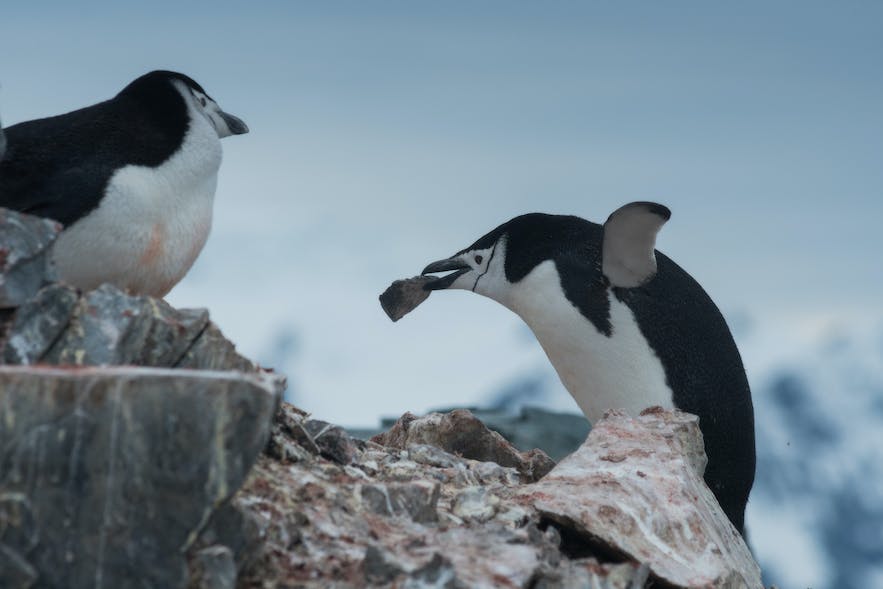 Of course, for photographers, this is by far the best way to experience Antarctica. Even so, however, they may feel that general smaller cruises still do not cater to their needs as much as they could; land excursions may be rushed or unfocused, and guides may not be experts on how to best take photos in Antarctic lighting and conditions.

Luckily, the appetite for photography workshops to Antarctica is being met by specific tours led by award-winning photo guides and experts on the continent, joining the wide range of cruises on offer.

History of Cruises to Antarctica 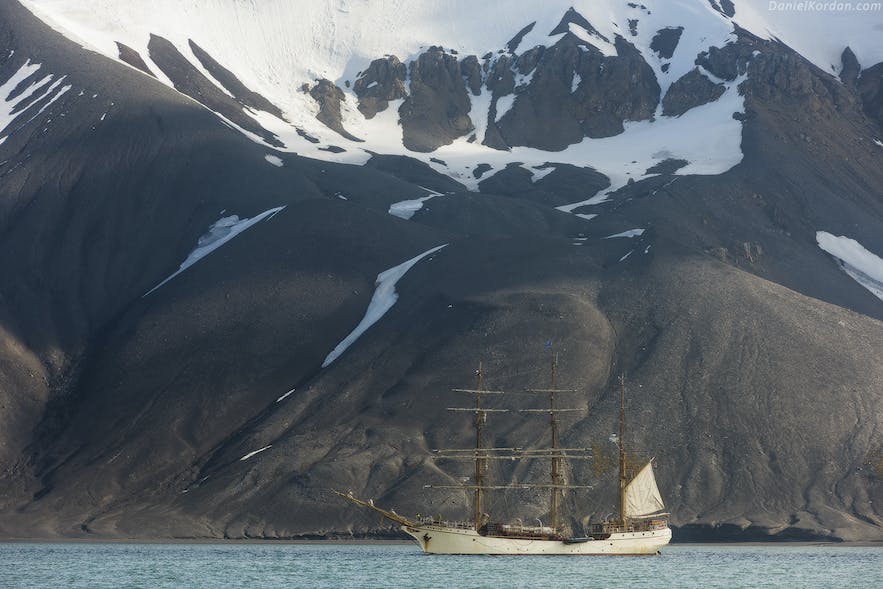 Antarctica was the last continent on earth to be discovered by man; it has no indigineous population, and never has. It was not even seen until 1820, and no one was confirmed to step on land until 1895. For the better part of the next century, it was only visited intermittently by explorers, whalers, researchers and military personnel.

As such, the tourist industry to Antarctica is extremely new; it has historically only been the domain of explorers, then researchers. The first cruise ship to reach it with commercial passengers, the Lindblad Explorer, did not arrive until 1969. 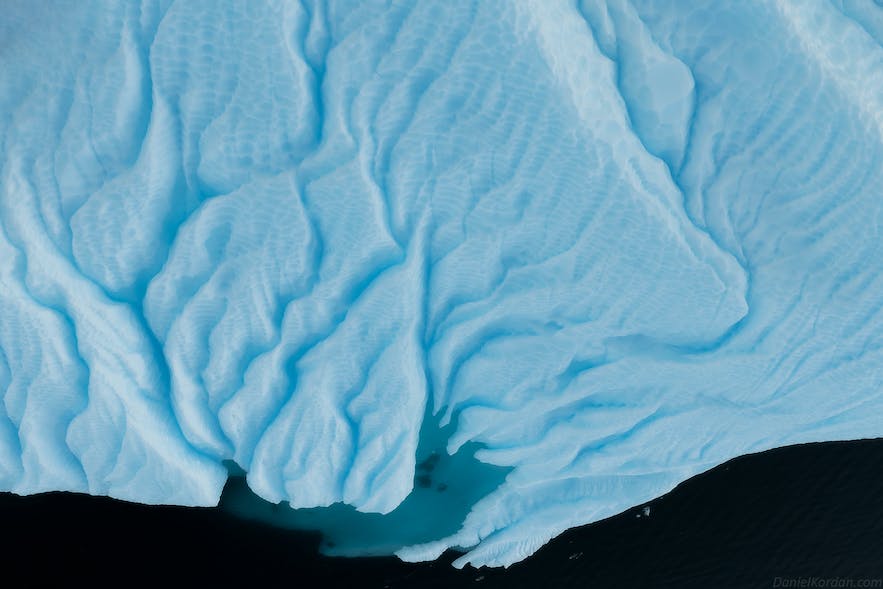 Demand for such trips, however, quickly grew, and several companies began to offer tours to the Antarctic during its summer, both by ship or as a flight-seeing tour. This demand exploded no doubt because of the invention and popularity of the television; as footage of the country’s stunning landscapes and spectacular animals became widespread, more people sought their chance to see it first hand.

With the popularity of films such as Happy Feet and documentaries such as David Attenborough’s Blue Planet II and Dynasties, enthusiasm for Antarctica is still growing.

The International Association of Antarctic Tour Operators (IAATO) was established to coordinate the increase of demand in a way that protected the continent as a ‘natural reserve dedicated to peace and science’ in 1991. At first, there were seven companies operating within it; today there are over a hundred, and almost 40,000 people have the incredible opportunity to see the continent every year. 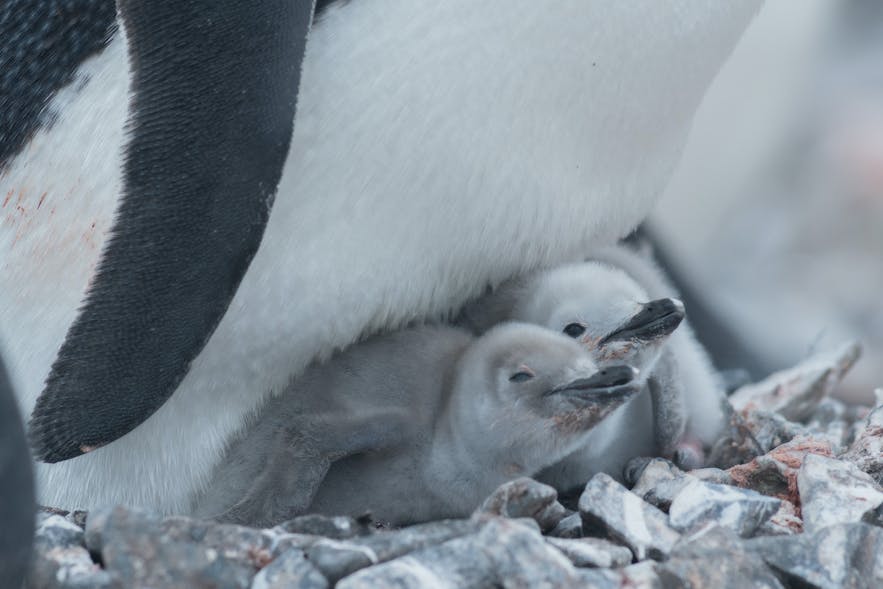 Photo workshops to Antarctica are cruises specifically tailored to help guests not only access the continent but to take the most spectacular images of it as possible. The best of these will be sure to reach the points with the most spectacular landscapes, where animals such as Adelie Penguins and Elephant Seals are known to congregate in large numbers.

This workshop, available in 2020 and 2021 with Daniel Kordan, is a perfect example of a photo cruise to Antarctica. It is conducted on the Greg Mortimer, a modern vessel that can accommodate just 100 people (not all of whom will be on the tour). Not only does it have all the amenities of a normal cruise ship, but it also has an art deck to help you process your photos. 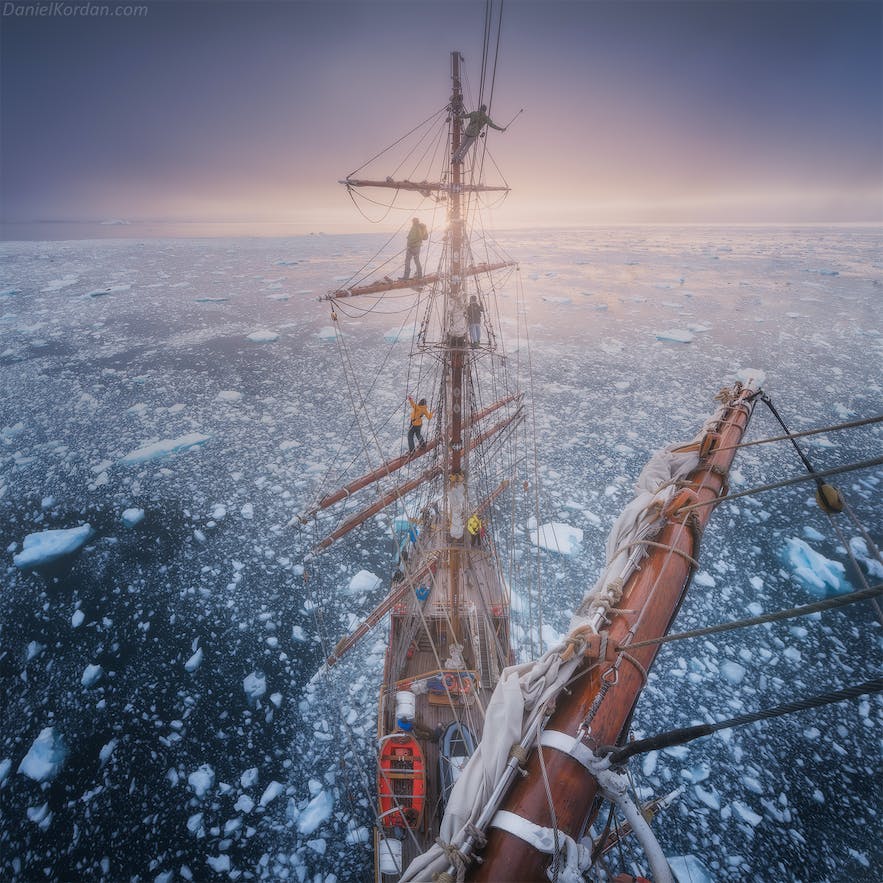 Zodiacs on board can swiftly take you to the shores of the Antarctic Peninsula every day; experts on the continent will accompany you for safety and as a resource for information. At each shooting location, award-winning photoguides will be present to aid you in your technique; during your time on the ship, they will provide lessons and seminars on post-processing.

Due to the fact that this workshop occurs at the height of Antarctica’s summers, photographers are blessed with light through the day - the sun never sets, extending the length of potential shoots. The Antarctic Peninsula, which the tour focuses on, also experiences a greater range of weather than much of the rest of the continent. While this can occasionally mean trips must be delayed, it also allows for a diverse range of compositions for your images. 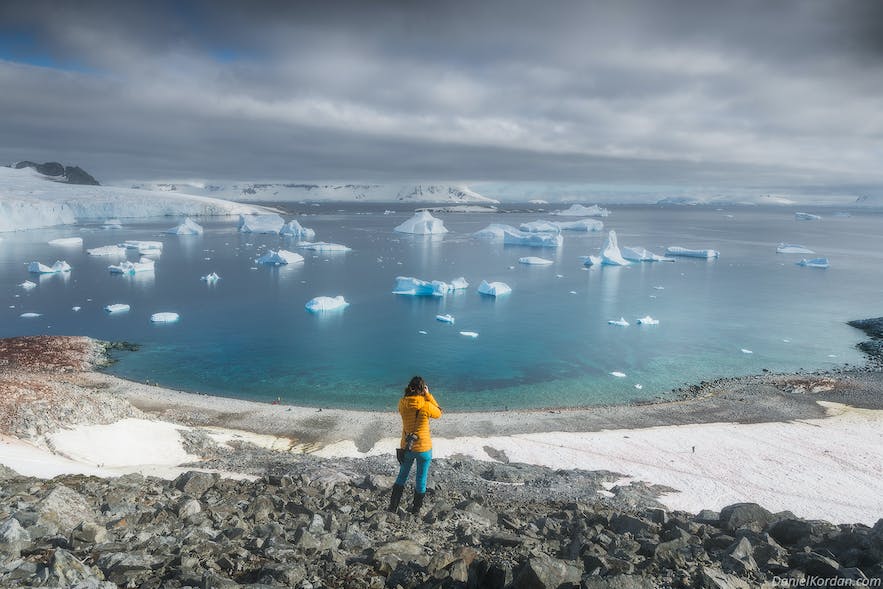 Like most traditional cruises, this trip is all-inclusive in terms of meals, snacks and drinks; you’ll also be provided with weatherproof clothing for your on-shore excursions. Finally, for those concerned with something going wrong on the world’s most remote continent, there is a doctor and on board medical services.

This photo workshop departs from Ushaia in Argentina. It should be noted that it does not include a cruise back to the same port, but ends with a flight from King George Island to Punta Arena in Chile.

Other Cruises from South America to Antarctica 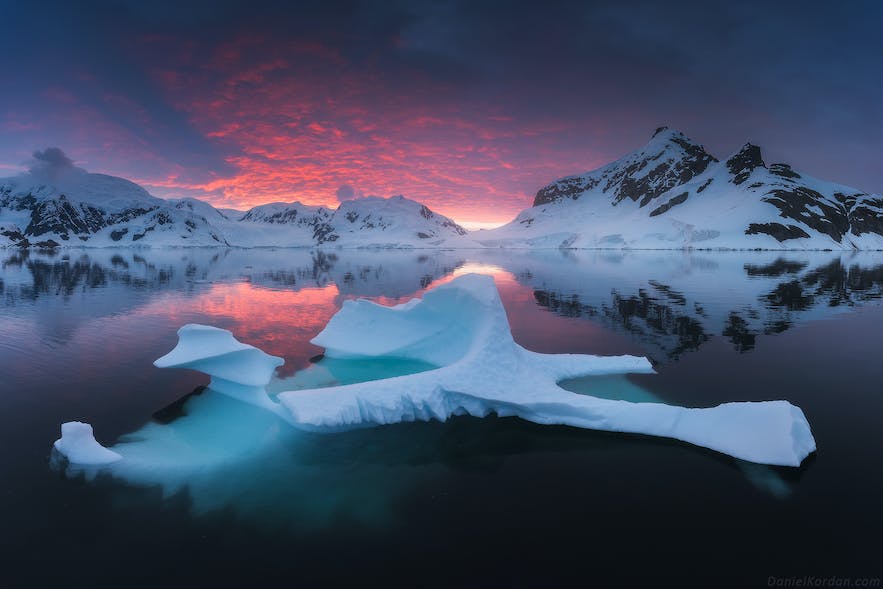 Those who are not looking for a photography-specific cruise to Antarctica will find that most options also depart from South America, specifically the two ports mentioned above: Ushuaia and Punta Arenas.

The reason that South America has the most cruise options is simply because it is by far the closest landmass to Antarctica; its southern tip is just across the Drake Passage from the Antarctic Peninsula, taking around 48 hours to navigate.

Different cruises, of course, have different routes, so be sure to compare options before settling on a decision; some of these will include time in the beautiful, wildlife-rich Falkland Islands (or Las Maldivas) or St. Georgia. Others may go via South Africa, while more will go straight to the continent. As noted above, cruises with over 500 passengers will not allow guests to go to shore, but are more likely to have luxurious facilities.

Cruises from New Zealand and Australia to Antarctica 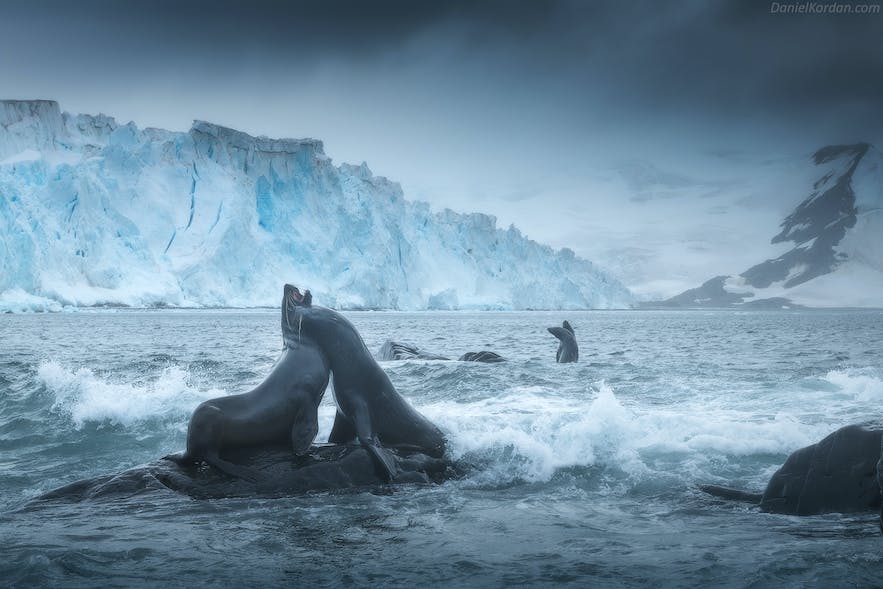 Although South America is far-and-away the most popular gateway to Antarctica, there are some cruise liners that depart from New Zealand, the southern continent's second closest significant landmass.. These tours tend to depart from Inverness, the country’s southernmost town, although some can be found from other cities such as Christchurch. There are also very occasional trips from Hobart, Tasmania, in Australia.

Again, these tours vary in their capacity and route. Those seeking to witness more than just Antarctica should browse for options that also explore places such as the remote Macquerie, Snares, Auckland and Campbell Islands.

It should be noted that the journey from New Zealand to Antarctica is much longer than from South America, taking up to seven days; of course, from Tasmania, it takes even longer.