What Are the Rules For Flying a Drone in Iceland?

As drones have gotten smarter and miniature cameras have become more sophisticated, the rise of aerial photography has been inevitable. No matter where you are in the world, if it’s a photogenic destination such as Iceland, you can bet that a drone pilot will be there to capture the scene from above.

To be honest, even if it isn’t a photogenic destination, you’re bound to see one hovering around.

Iceland, as you probably know, is one of the most spectacular destinations in the world right now for photographers. It’s a country that has everything for anyone who loves being behind the camera.

It’s also one of the most sparsely populated places you could dream of visiting. Most of the country’s residents live in and around the capital, Reykjavik, leaving plenty of wide open spaces for flying. At least that’s what you might be thinking as you get ready to pack your drone and head off into the Icelandic wilderness.

But it’s not that simple. Even though you can travel for hours at a time without seeing other people in Iceland, there are still rules and regulations in place regarding drone flights. The Icelandic Transport Authority should be your first port of call for more information. 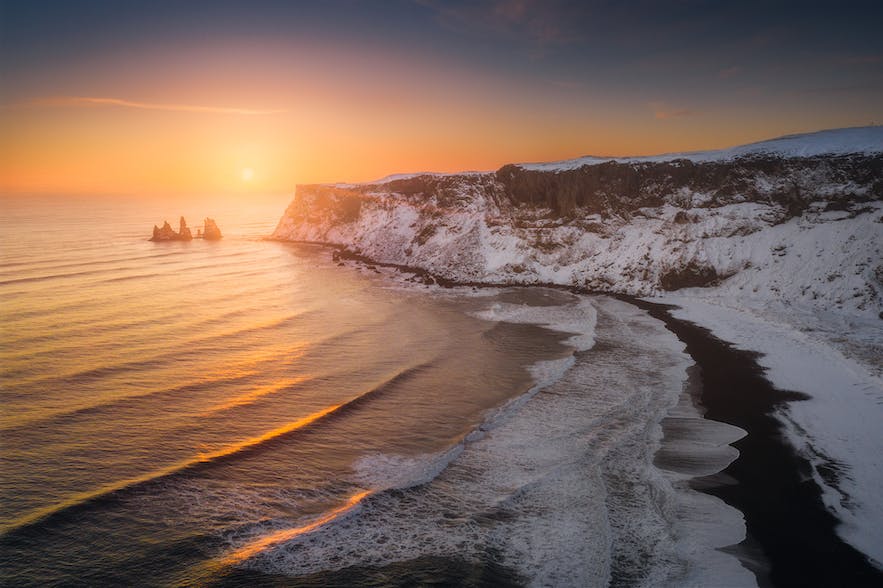 The main rule concerns altitude, and aims to make sure drone pilots don’t interfere with air traffic higher in the sky.

“It is prohibited to fly a drone at a height of more than 120 metres without a special permission from the Icelandic Transport Authority,” the rule reads. Applications for drone registration and special permissions can be made here, if you need to exceed those limits for whatever reason. 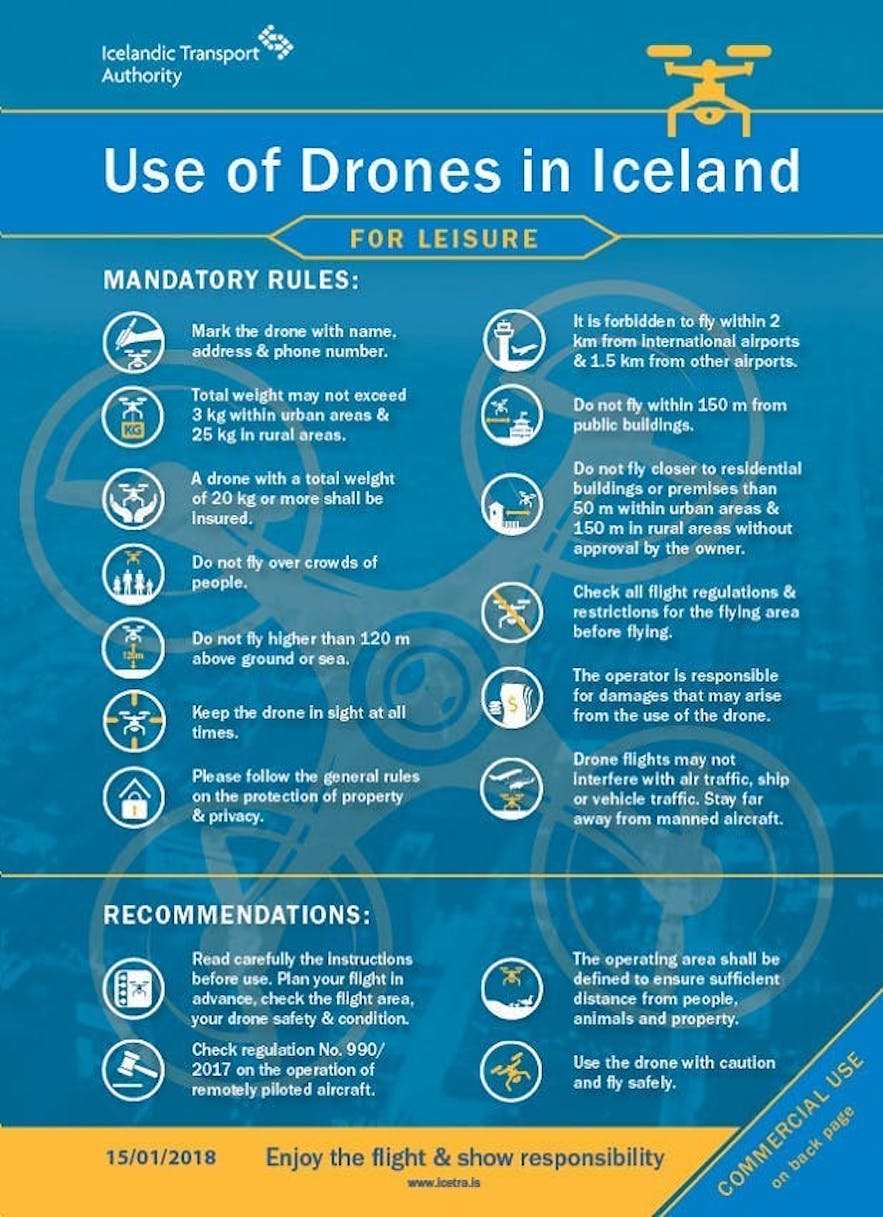 Drone pilots also have to take care when flying near airports. “It is prohibited to fly a drone within a specific distance from the boundary of an aerodrome without permission from the airport operator.

However, no special permission is needed where the drones are flown below the height of the highest structures in the immediate vicinity of the flight trajectory of the drone.”

What is that specific distance? Currently it stands at 2km for aerodromes with scheduled air services and 1.5 km for others.

Really these rules are about common sense. You shouldn’t be flying your drone where it could come into contact with manned aircraft.

There are several other rules that you have to keep in mind when flying in Iceland. If you aren’t a complete beginner, most of these will probably be familiar to you from your home country.

For example, drone pilots in Iceland have to keep their drone within their line of sight at all times. This means you aren’t allowed to fly around a mountain, 3 miles down the road or way up into the clouds. Keeping visual contact with your drone is important to make sure you avoid accidents and don’t put your drone, other people and their property at risk. 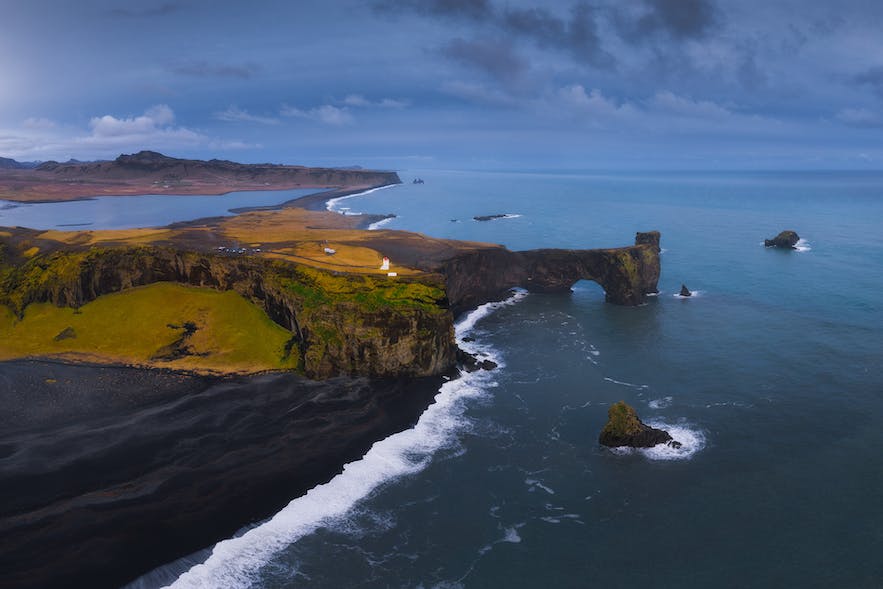 The Icelandic Transport Authority also requires that you find a spot on your drone to mark down your name, address and phone number. Maybe get a sticker printed - You won’t regret it if you lose control and your drone flies off into the distance.

In general these rules are just about respecting people’s privacy and not doing anything that might put them at risk. Even the most experienced pilots can have technical problems. That’s why flying over a group of people is such a no no.

Are There More Rules About Where I Can Fly My Drone in Iceland?

Because of the general laws that are in place, the Icelandic Environment Agency has designated several sites as ‘drone-free’, which means you’re not allowed to fly there unless you have express permission. 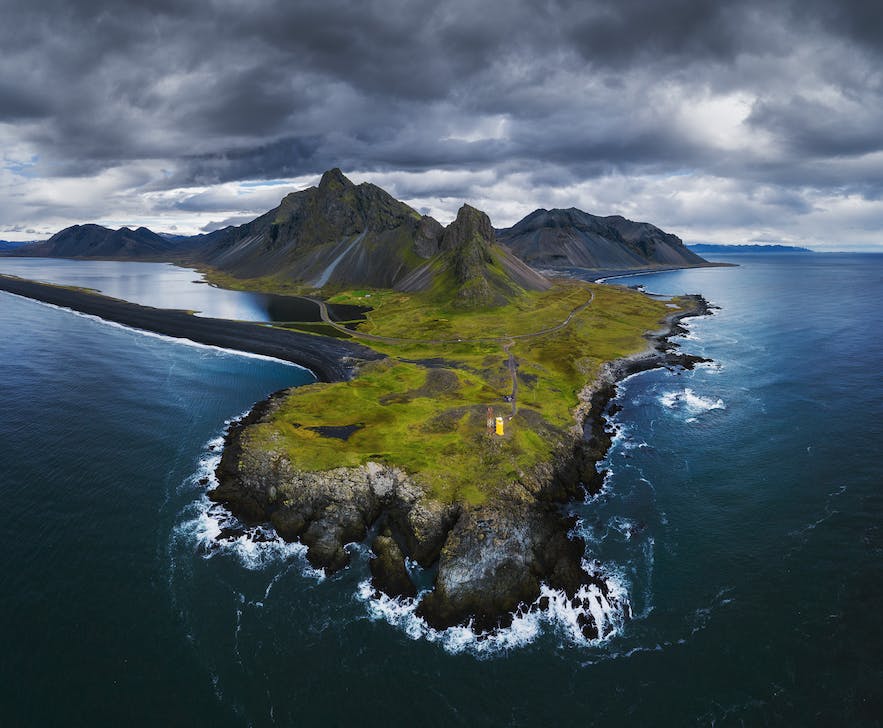 In some cases this is because the natural environment is delicate, and there are concerns that drone flights could have a negative impact on local wildlife.

Some examples of these include tourist hotspots (where there are also constant crowds of people) such as the Gullfoss waterfall, Þingvellir National Park and Reynisfjara black sand beach. In fact, at nearly every major tourist site in Iceland, you will see ‘No Drone’ signs.

For pilots, there is a bit of confusion. The Icelandic Transport Authority sets the overall rules, but the Environment Agency has designated several sites off limits for drones. And on top of that, some national parks operate independently of the Environment Agency. So knowing who to contact can be a challenge if you want to arrange an exemption. 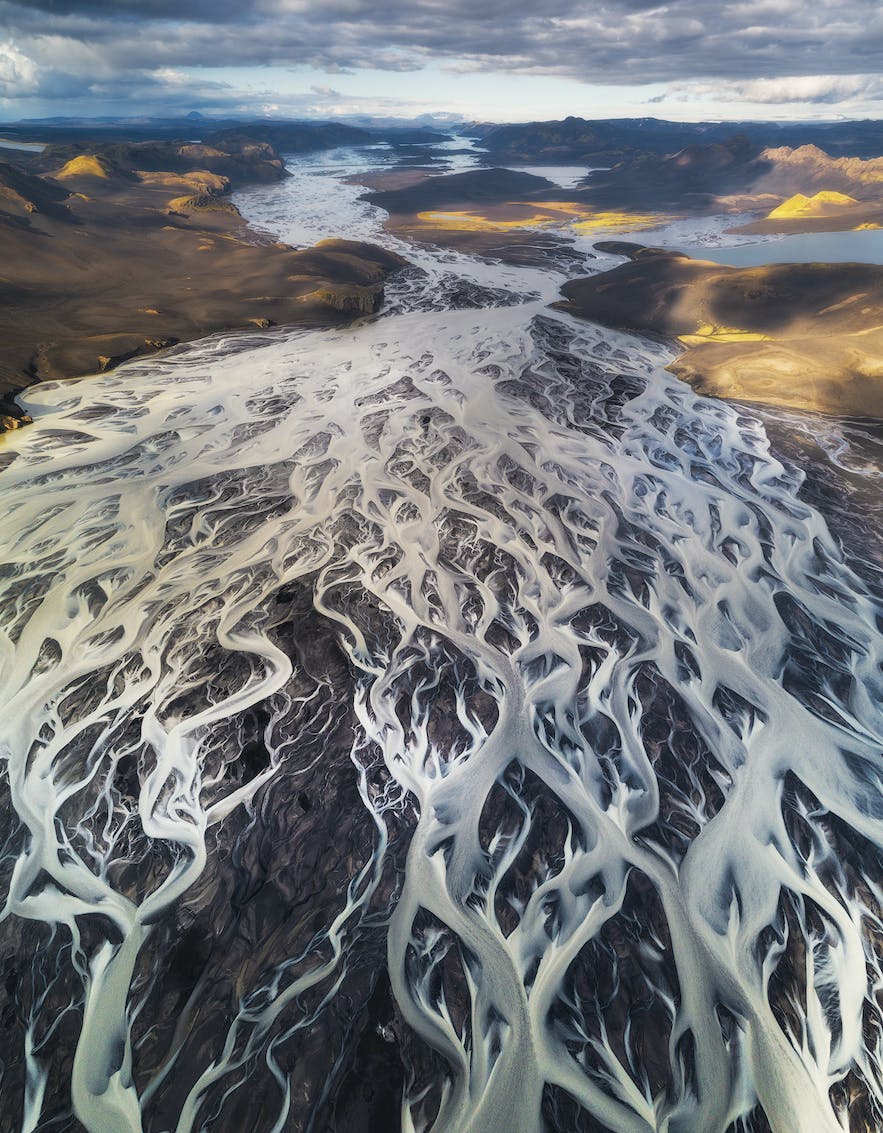 Broadly, the Environment Agency manages most of the protected areas in Iceland and has, in some cases, set rules regarding use of drones within those areas. But Vatnajökull National Park and Þingvellir National Park are run independently, so it’s best to contact them directly if you want to organise an exemption.

For sites that are managed by the Environment Agency, you can apply for permission to use a drone here.

If you’re unclear about where and how you should be flying in Iceland, your first stop should be the Icelandic Transport Authority’s drone page. Second, check with the Environment Agency to see if your chosen location is off-limits and if you need to arrange an exemption. It’s best to sort this out before you arrive, for obvious reasons.

Finally, if where you want to shoot isn’t covered by those, it might be run independently by a National Park body or another organisation. With a little research it should be easy enough to find out.

Last but not least, if where you want to shoot isn’t a designated ‘No Drone’ zone under any jurisdiction, feel free to fly. Just make sure you follow the original Travel Authority rules and stay safe!

Did you know that our Iceland photography tours and workshops are drone-friendly? Capture Iceland from above on our summer photography workshops!