No, this isn’t some random painting of blue and brown streaks… actually, it’s an aerial view of the glacial rivers in Iceland!

There is nothing more exciting than getting up high into the sky, as it gives you a new and wonderful perspective of the landscape below. That’s why every now and then, I enjoy seeing my homeland from above.

Some of my favourite things about Iceland are the incredible glacial rivers that become visible only when you are high up in the sky. They're called 'braided river' systems, as they often resemble an intricate jumble of patterns, intertwining in an almost inexplicable fashion.

The story behind these glacial rivers is even more fascinating. In Iceland, these networks of river channels flow from the glaciers towards the sea, carrying vital nutrients for the ecosystem along the way, in the form of sediment. When the flow of the rivers decreases, the sediment gets deposited on the river bed, leaving behind small temporary islands of dark volcanic sand that cause the channels of the rivers to split.

The pattern of the glacial river systems in Iceland are dynamic, meaning that they will change gradually over time as the sediment islands get eroded away and the sediments are deposited elsewhere. New islands of sand are formed as the speed and amount of water in the rivers changes.

The glacial rivers in Iceland are a true beauty of nature and to see them from above is one of the most breathtaking things I have ever witnessed. Below, you'll find a selection of my favourite images that I've shot from the sky of these beautiful wonders of nature.

To capture this landscape, you’ll have to get high up in a helicopter or a small plane, which will give you an incredible vantage point from which to photograph. Just having a drone is not really enough. When you’re up high enough, I suggest snapping a few frames at a time on high speed, as you’ll get different patterns while the aircraft circles around, making for many diverse and interesting compositions. The trick is to capture the amazing contrasts between the vivid blue water and the surrounding black desert.

Once you fly over these glacial rivers, it becomes like an addiction and it keeps you coming back for more! 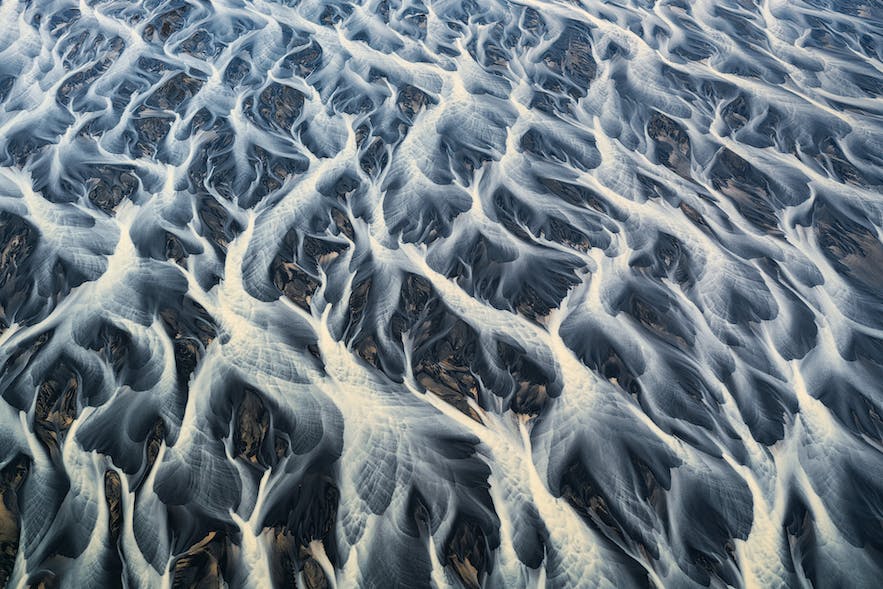 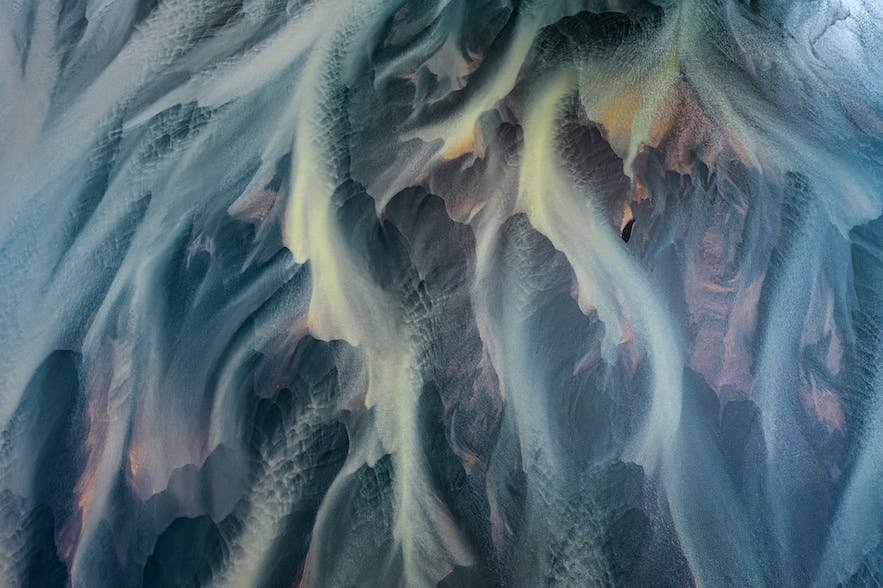 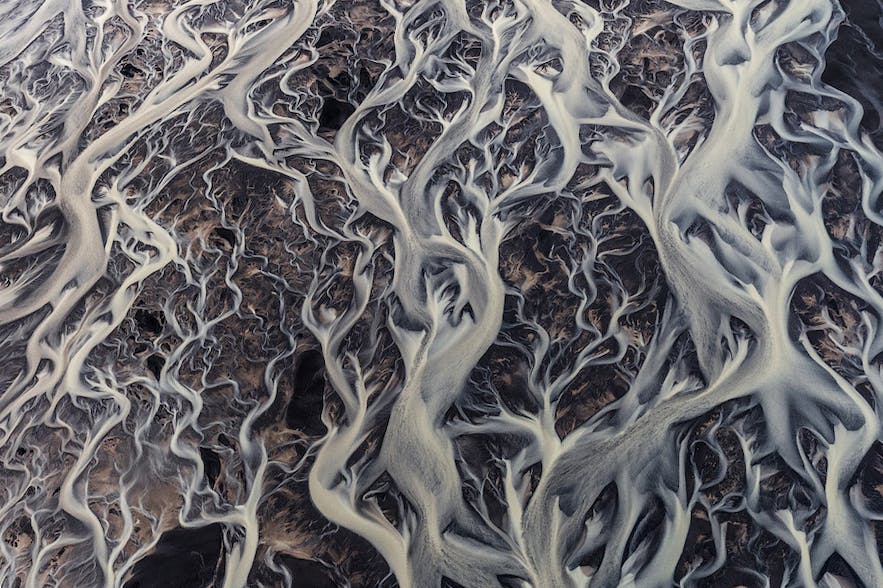 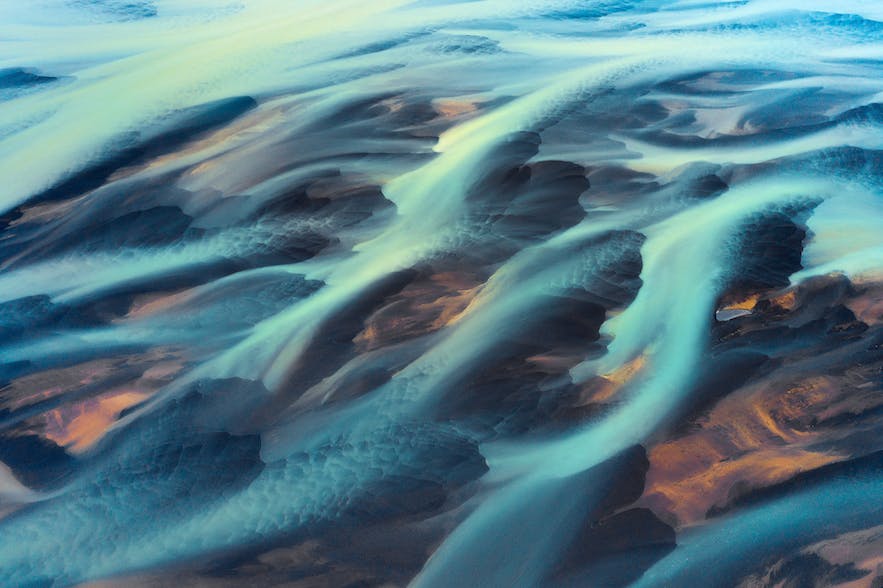 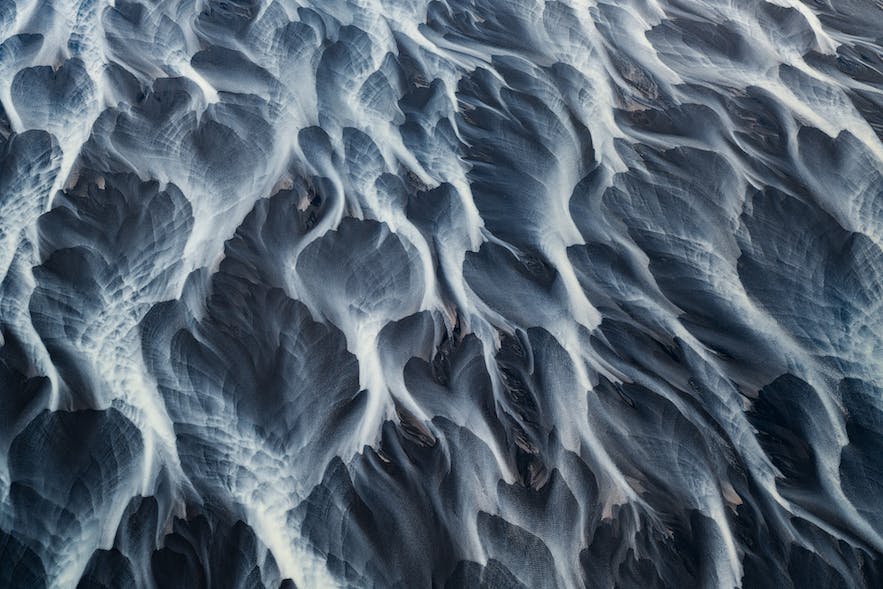 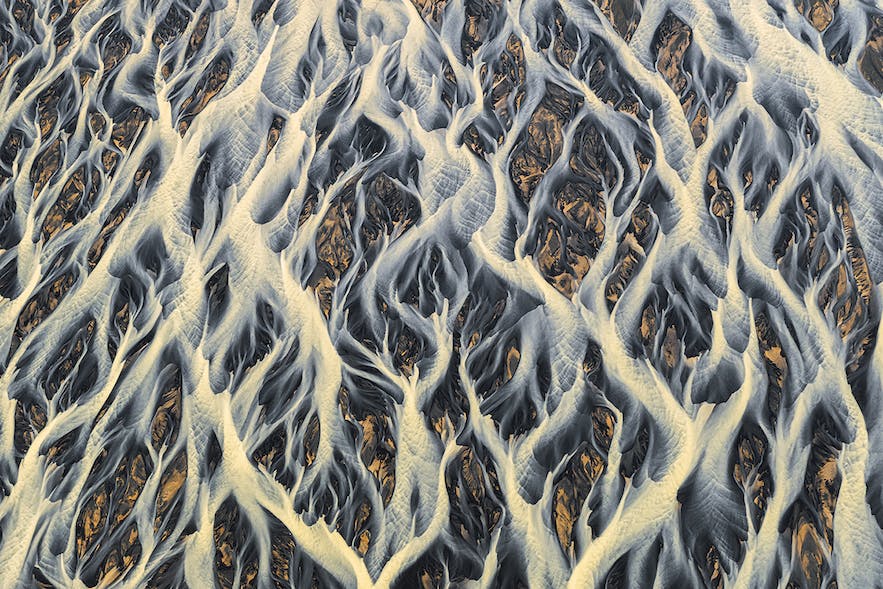 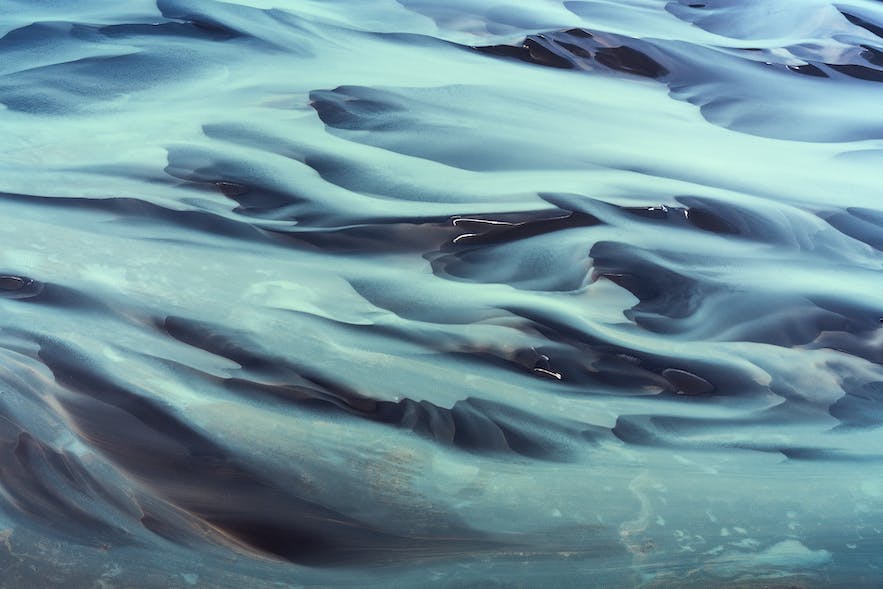 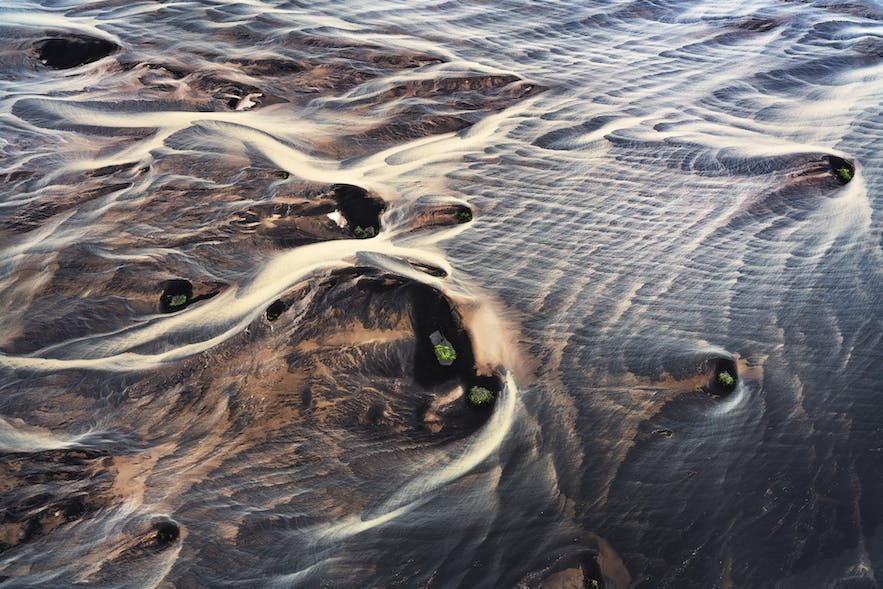 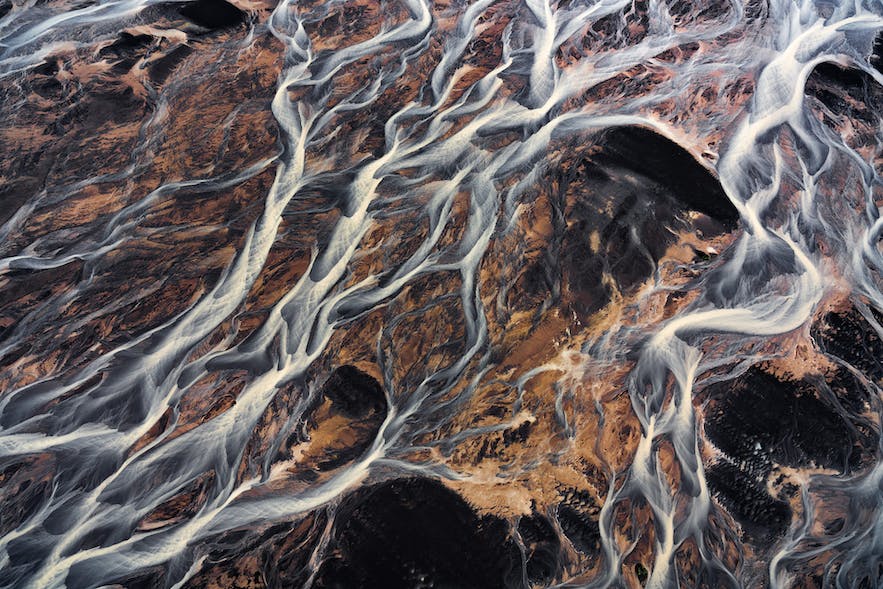 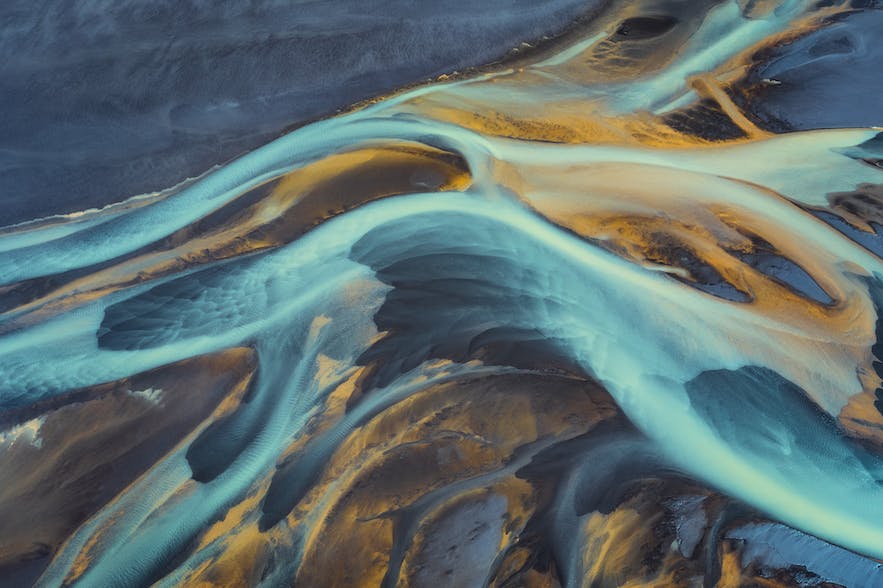 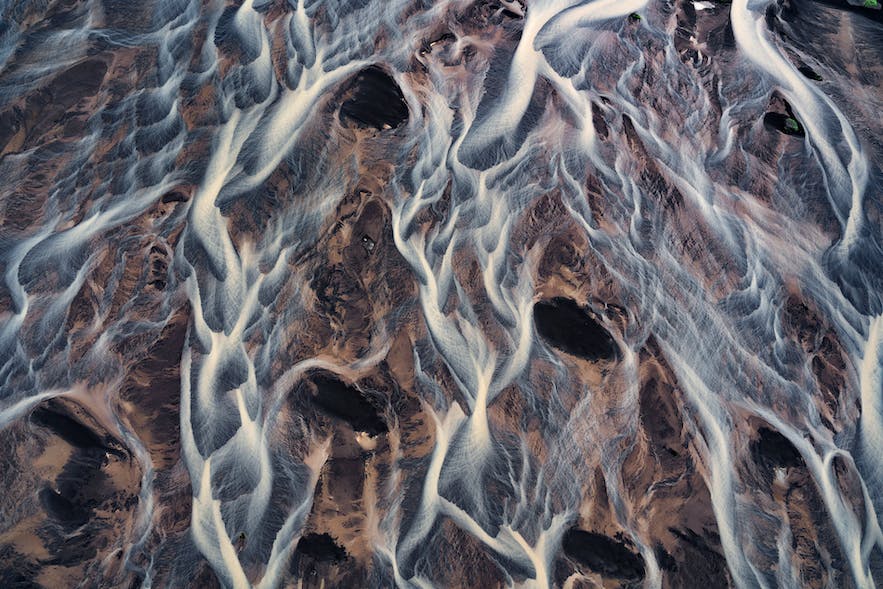 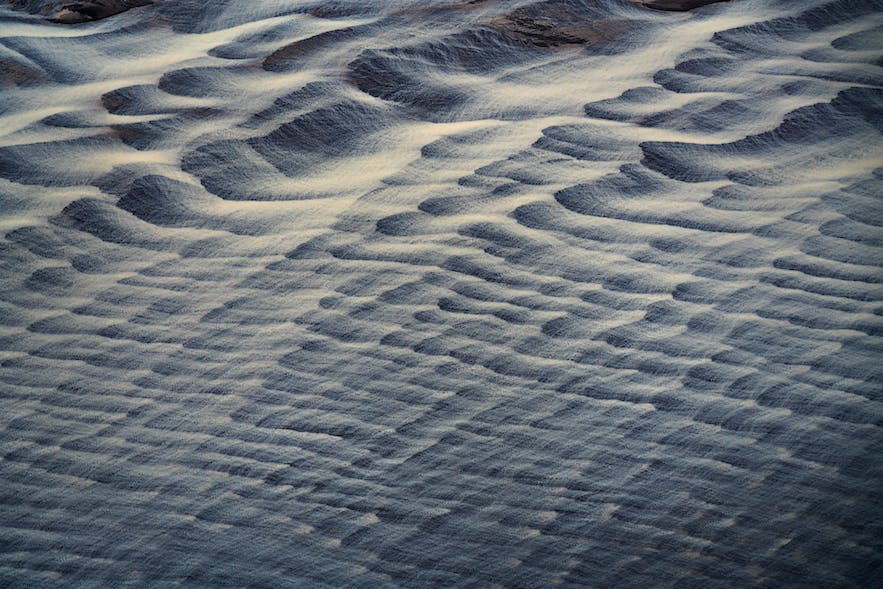 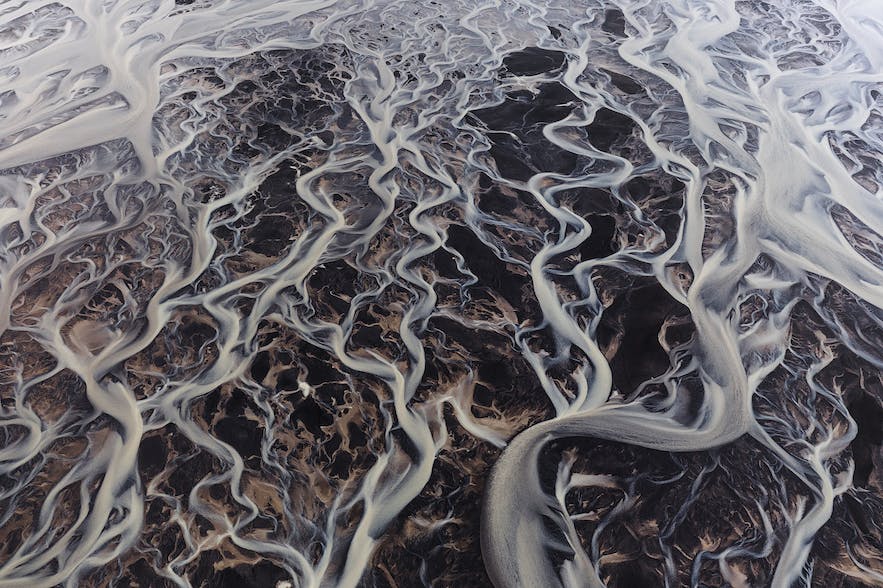 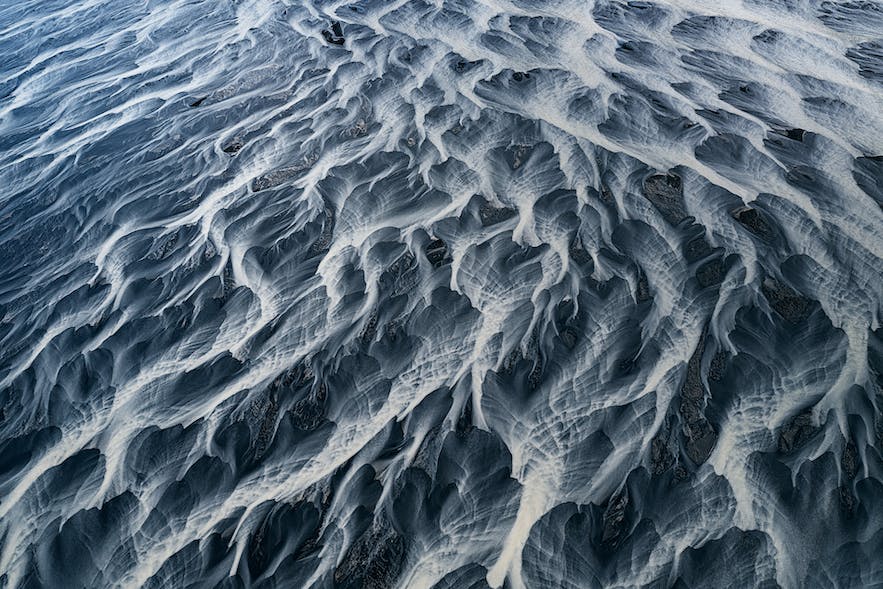 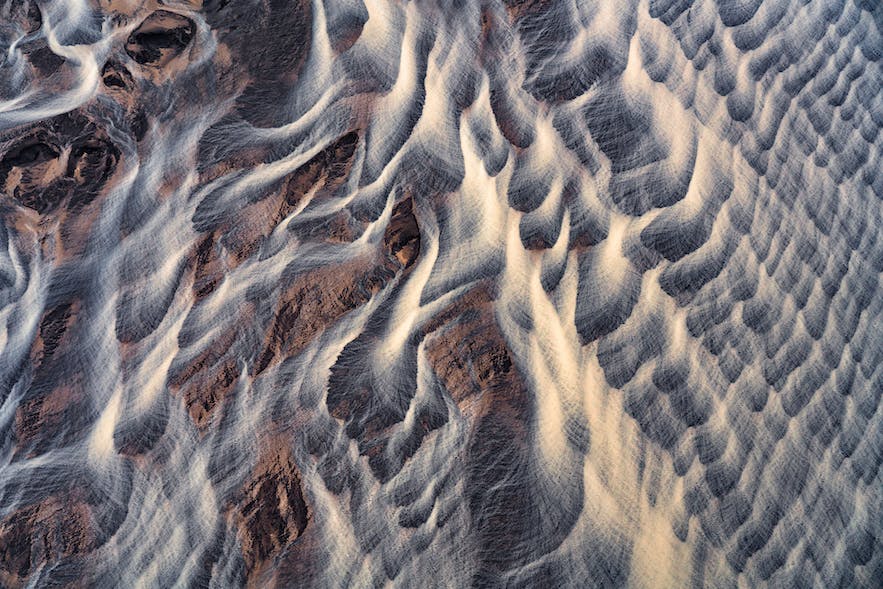 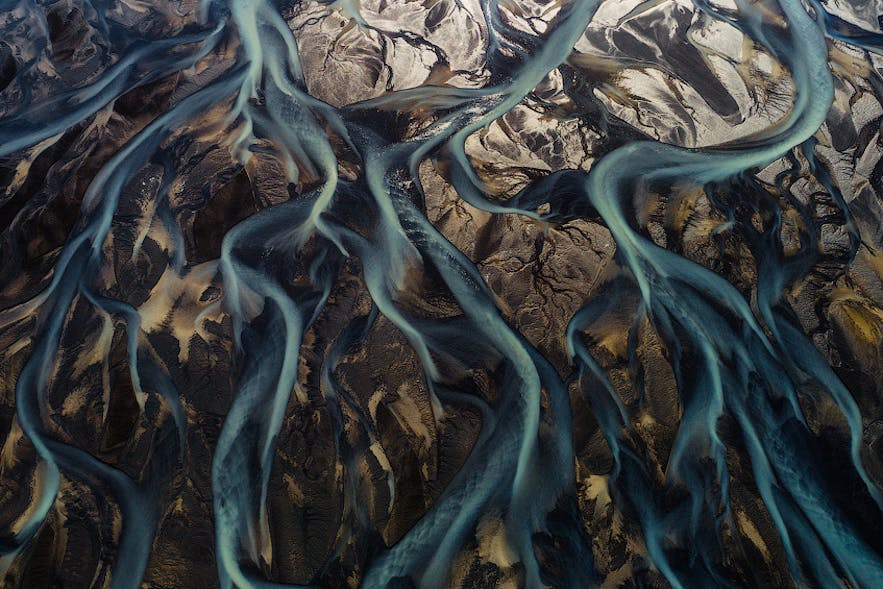 About the author:  Iurie Belegurschi is a landscape photographer based in Iceland and the CEO of Iceland Photo Tours. You can find more of his work on his website or by following him on Facebook and Instagram.

Have you ever done any aerial photography either from a plane or with a drone? What was your favourite place to fly? Leave a comment below!