Travelling to Greenland for Photography

As I write this blog, I am on an Air Greenland flight from Ilulissat to Nuuk and have just been informed by the captain that we are in a holding pattern, as the weather in Nuuk has deteriorated, and we are unable to land. Such is travel in Greenland.

Greenland.com currently has an internet campaign running, #GreenlandPioneer, that seeks those traveling to Greenland to post images and stories of their journeys. I would submit that this is a rather accurate portrayal of travels to this amazing country, and that being a Pioneer is part of the reality, and part of the fun.

In my travels to Greenland, both to the west and east coasts, I have been fortunate enough to experience both the raw existence of the remote landscapes and Inuit settlements, and the country’s growing transition towards sustainability, infrastructure, trade and tourism. The last two weeks travels have provided me perspective on this amazing developing Arctic nation, and the profound environmental changes that this country is faced with as it grows.

The month of May, it appears, is “mud season” in Ilulissat, (the town is for all intensive purposes closed) but I was focused on, (maybe obsessed with) photographing a couple of things that really had no connection to a tourism timetable, it just meant that getting there posed a few Pioneering challenges. The Kangia Icefjord and Jacobshavn Glacier is the world’s fastest moving glacier and experienced a major calving event in January and the remnants were still lodged at the mouth of the fjord at Disko Bay. Additionally, the end of May would see the last couple of days where the sun would totally set below the horizon until late in July, providing a great opportunity for six-hour sunsets/sunrises. 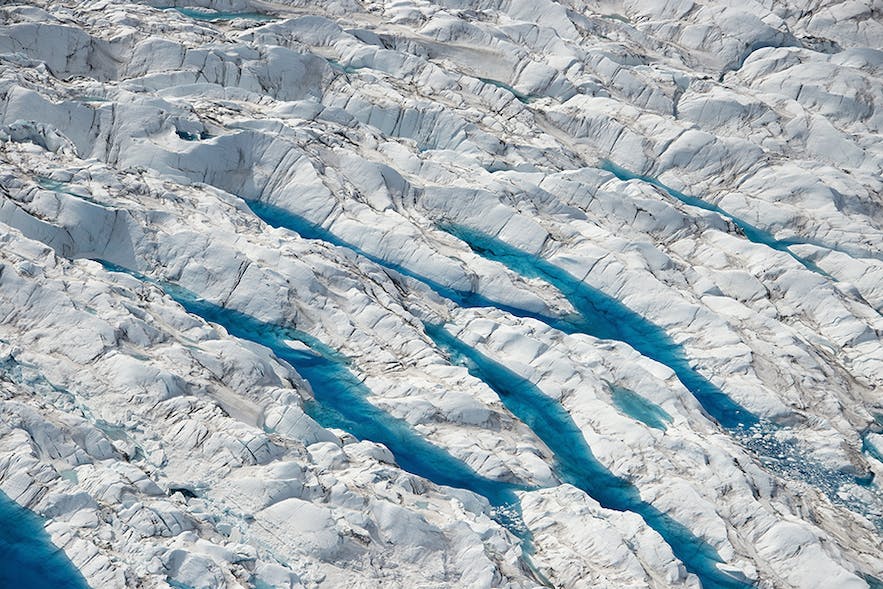 Once settled, in town, I began the task of chartering boats and planes from those providers still operating in the down season.  I was fortunate enough to meet with Andres at Ilulissat Water Taxi, a one-man operation with a first class boat and a passion for the water. Over the next few days we would spend many an hour on Disko Bay capturing the ever-changing ice flow and Arctic’s midnight sun. More than once we found ourselves in such awe of the moment that we just stood in silence, taking in the profound beauty. Even jesting that we needed to whisper our directions to one another, a seemingly spiritual nod to the reverence required by the surroundings. 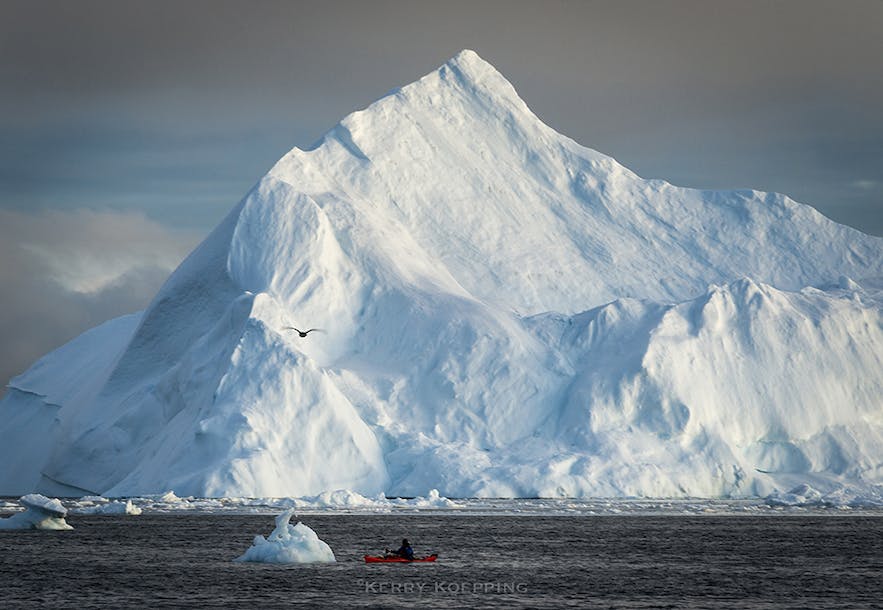 Kayak on the Bay. Photo by: 'Kerry Koepping'.

At the glacier front the Greenland ice cap beaks off and drops into the sea as icebergs. Once or twice a year major calvings occur, like the one that took place in January. The annual iceberg production from the Kangia Icefjord would be enough to cover the USA’s annual water consumption, 46km3/year.  As a photographer and storyteller I found that communicating the magnitude of this story to be a bit overwhelming, but in choosing to capture the Glacier and Icefjord from both the air and by boat I was able to gain visual perspective on the sheer breadth of the ice front.  The team at AirZafari was spectacular in getting me close-up and personal with the glacier, flying at times only 500 feet off the ice.  It got me close enough to capture the essence of the ice cap’s rapid melt, from the aqua blue lakes and rivers on the icecap surface, to the hundreds of seals basking in the warmth of the days sunlight. 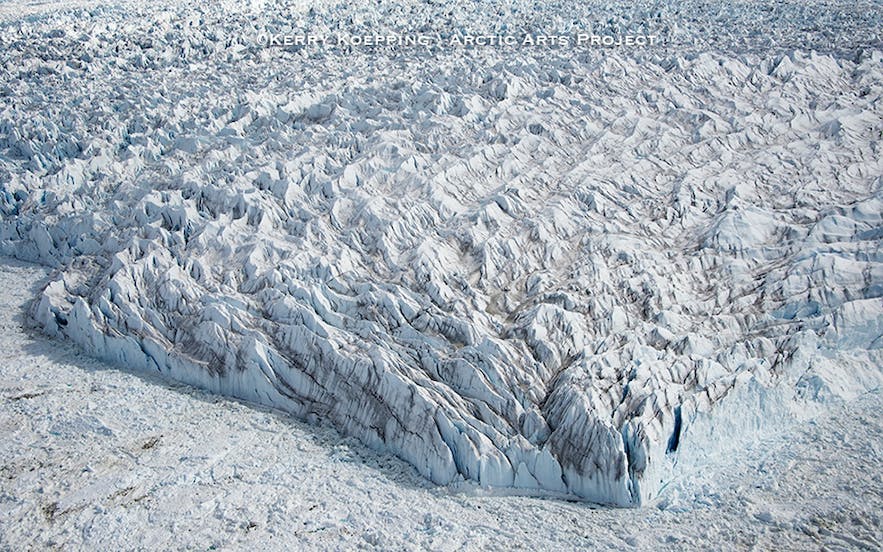 As I struggle to make my way home, I am already struck by the deepest of longings that I need to go back. Fortunately I will. This August I will be on the water again, this time I’ll be back on the Schooner Ship Donna Wood sailing through Scoresby Sound in northeast Greenland. This remote land is a landscape photographers dream and doesn’t disappoint. You just need a bit of Pioneer in you.

If you have #GreenlandPioneer spirit and want to experience magnificent and pristine Greenland for yourself, consider joining your adventure today with this Greenland Sailing Photo Tour!