Join this fantastic 5-day photography tour of two of Iceland's most beautiful regions; the Snæfellsnes Peninsula and the Westfjords. This is a brilliant opportunity for travellers and photographers looking to best capture Iceland's landscapes and wildlife.

Iceland is a paradise for photographer's and traveller's alike. The unique culture and exceptional natural phenomena come together to create an experience that visitors remember for the rest of their lives.

You will begin your exploration of the land of ice and fire at the Snæfellsnes Peninsula, often called "Iceland in miniature" due to its wealth and diversity of natural attractions. The area is best showcased through its iconic mountains, tumbling waterfalls and the glacier-topped stratovolcano, Snæfellsjökull.

After spending a day and night on the peninsula, you will ferry across to one of the island’s beautiful and isolated regions—the Westfjords! While here, you will pay a visit to some of the area’s notable attractions including the thunderous Dynjandi waterfall, látrabjarg bird cliffs and the tranquil island of Flatey.

Hurry now, and you too can experience the adventure of a lifetime capturing the beauty of Iceland’s Snæfellsnes Peninsula and Westfjords. Check availability by choosing a date. 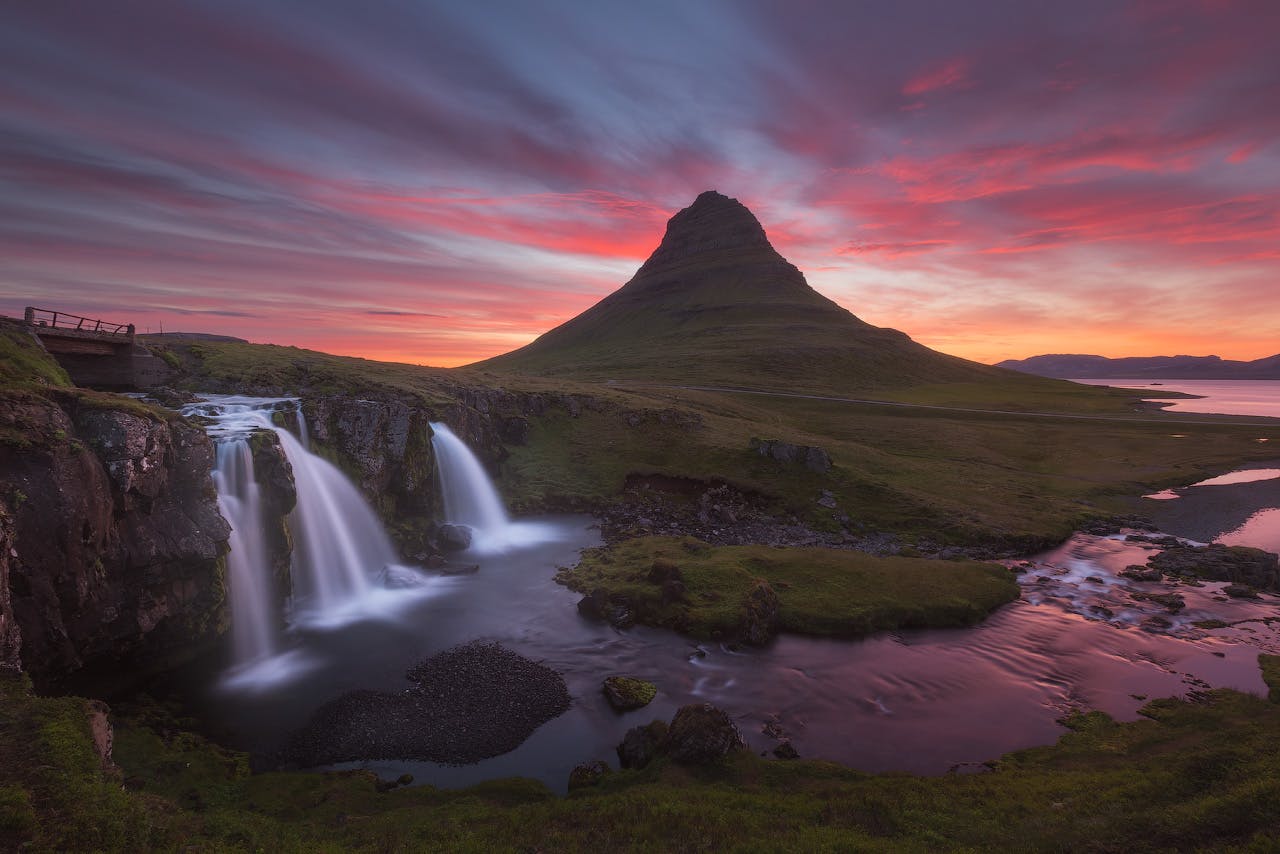 On your first day, you will be picked up from Reykjavík and head out to Snæfellsnes peninsula in West Iceland, one of the most picturesque regions in the country.

Nearby is Hellnagraun lava field, which makes for a particularly excellent photography stop during the twilight hours. Another nearby attraction is the 19th-century Búðakirkja black church, which is still in excellent condition thanks to a renovation in the 1980s. You will have ample time at both Búðakirkja and Hellnagraun to snap some award-winning shots.

Another destination on your itinerary will be the iconic Mount Kirkjufell,  located near Grundarfjörður fishing town. Kirkjufell is known for its near-perfect cone shape, as well as the different foreground elements that make photographing the mountain so fruitful. Naturally, you'll encounter the beautiful Kirkjufellsfoss waterfall which, together with the mountain, only adds to the scene's photographic ambience.

Finally, you stop at the stunning Londrangar sea stacks, as well as the nearby Svalþúfa hill—very picturesque! Here, you'll have the opportunity to photograph the local birdlife, including puffins, kittiwakes, common murres, and northern fulmars.

In the evening, you will be staying in accommodation on the Snæfellsnes Peninsula. 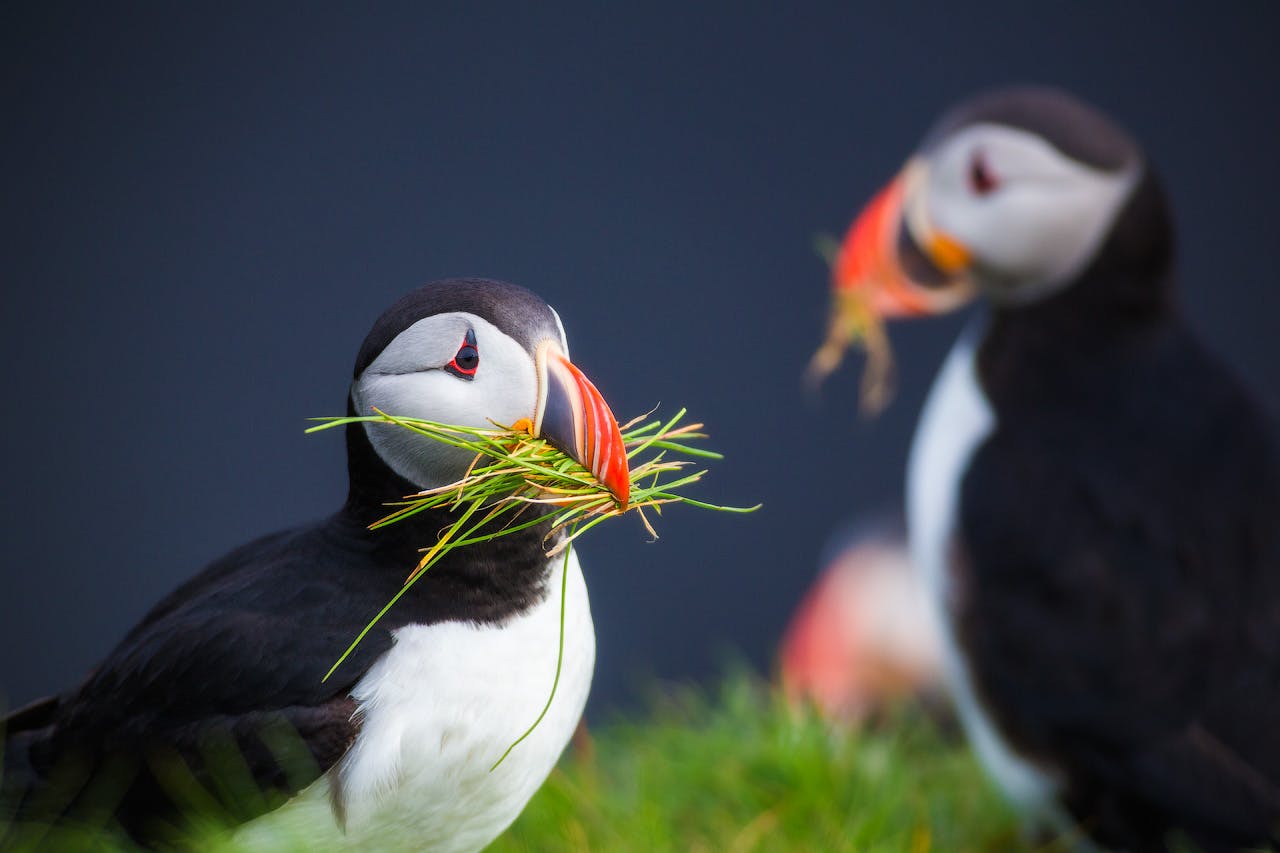 Ferry to the Westfjords

Island hopping will be on the itinerary for your second day. You will cross over to the Westfjords from Snæfellsnes via ferry over the vast and glittering Breiðafjörður fjord. The first stop will be the island of Flatey, which is the largest among the Breiðafjörður islands.

Flatey is particularly picturesque in the summer as its charming old houses serve as a perfect complement to the location's nature, wildlife and landscape. Puffins, arctic terns, gulls and the occasional white-tailed eagles call this island home, and you may also catch a glimpse of whales. A great noteworthy treat here is the fresh shellfish the locals leave out in nets for travellers to enjoy.

Another area of note is Gardar BA 64, which is a wreck of Iceland's oldest steel ship. Gardar BA 64 was a whaling vessel built in 1912 but was beached in Skapadalur valley during the 1980s. Today, it is one of the island's best photography spots!

Next stop will be Látrabjarg, a 14 km long and 441 m high cliff at the westernmost side of Iceland. The place is home to millions of birds, including puffins, guillemots, northern gannets and razorbills, making it Europe's largest bird cliff. Birds here are particularly fearless given their cliffside protection from predators, allowing photographers to sneak up for those great close up shots.

What's more, the beach near the cliff is a combination of red and pink—hence the name Rauðasandur, translated as "Red Sand"—making it one of the world's most unique beaches. Some points of interest in the area include a church, as well as the magnificent coastline.

You'll be spending the night at Breidavík village. 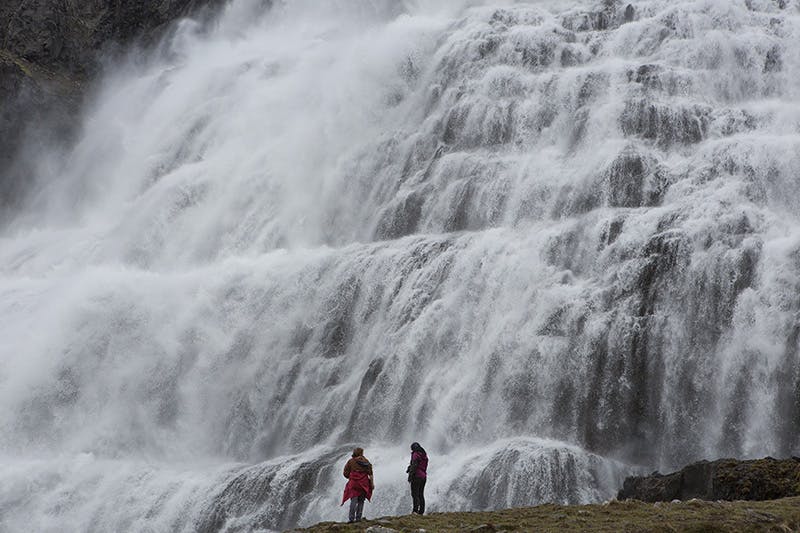 Your journey through the Westfjords continues as you begin the day by heading off to see the second-largest fjord in the area, Arnarfjörður. This fjord is dotted with many impressive mountain formations and landscapes, as well as a massive and powerful waterfall.

More landscapes and striking natural vistas await at Ketildalir valley. If you're interested in local culture, Arnarfjörður is also a treat due to the numerous legends and folklore surrounding it, let alone its rich history.

Fossdalur waterfall will be the next destination of the day. This majestic feature is located near the Foss farm, providing the waterfall its name.

To cap things off, you'll head over to Dynjandi, which many consider being the most splendid and magnificent waterfall in all of Iceland. It is made up of seven falls that cascade down several steps at a collective drop of 100 meters.

The waterfall's name translates into "thunderous" which is a very apt description once you see the falls with your own eyes. The feature is shaped like a wedding cake, an ode to the celebratory feeling you will experience while photographing it.

You'll then turn in your heads at Þingeyri village. 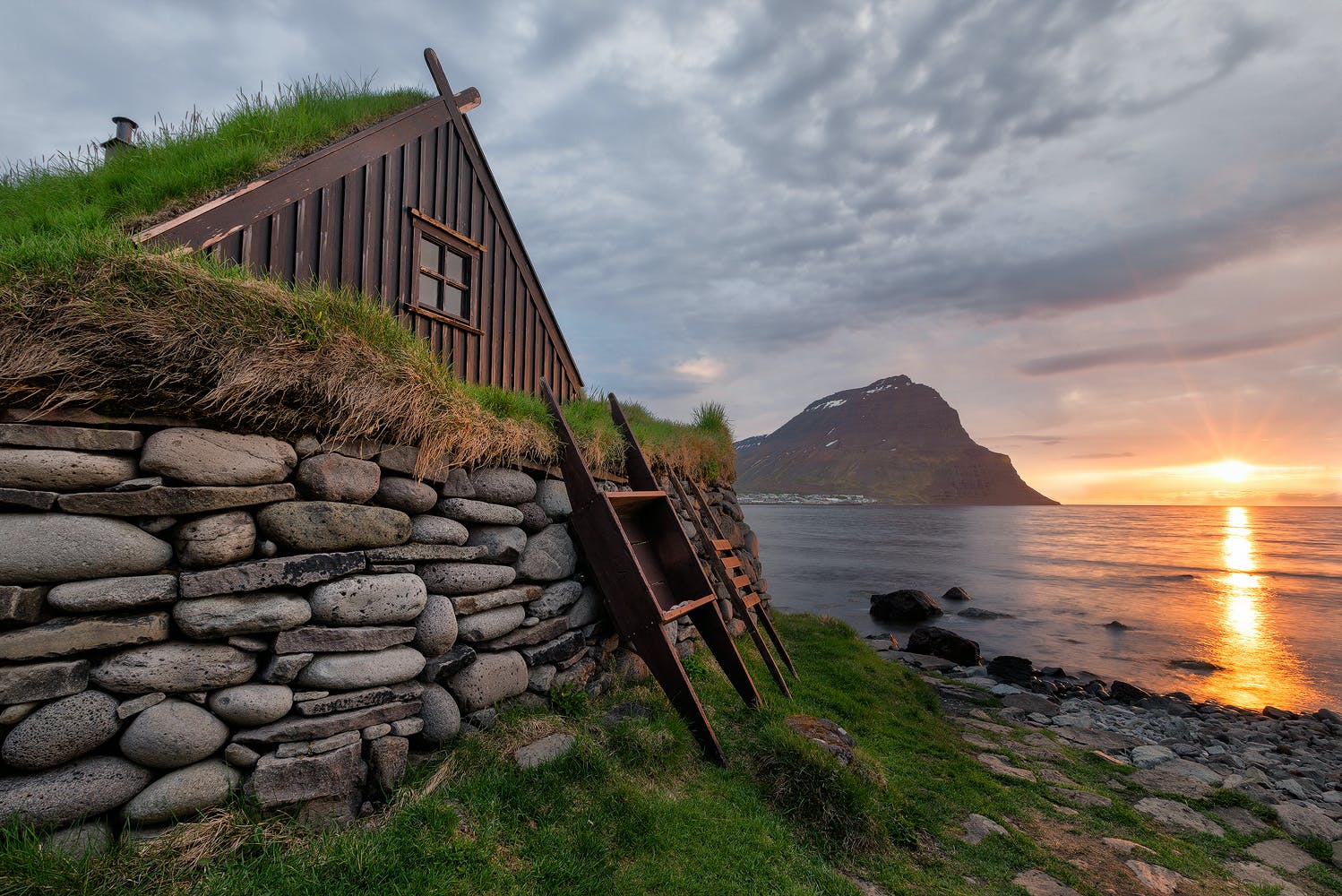 It's your fourth day of the tour, and even more adventure awaits. The highlights for the day include the quaint and picturesque towns of Bolungarvík and Ísafjörður, as well as the two beautiful valleys, Ingjaldssandur and Korpudalur.

Ísafjörður is primarily a fishing town, but its population of around 2600 people make it the largest town in the Westfjords, as well as a central hub of sorts for the region. These factors make it an ideal place to explore and discover part of Iceland's rich cultural heritage.

Your cultural journey continues at Bolungarvík, which is one of Iceland's oldest settlements. Also located here is Bolafjall mountain, which you will climb to be rewarded with a spectacular view of the surrounding area.

Korpudalur and Ingjaldssandur are famed in the region for their natural vistas and breathtaking landscapes, especially beautiful when sunset's "golden hour" sets in. There will be a hike at Ingjaldssandur following a rugged road that opens to a view of the sea, providing even more photographic opportunities.

At the end of the day, you'll head back to Ísafjörður, where you will spend the night. 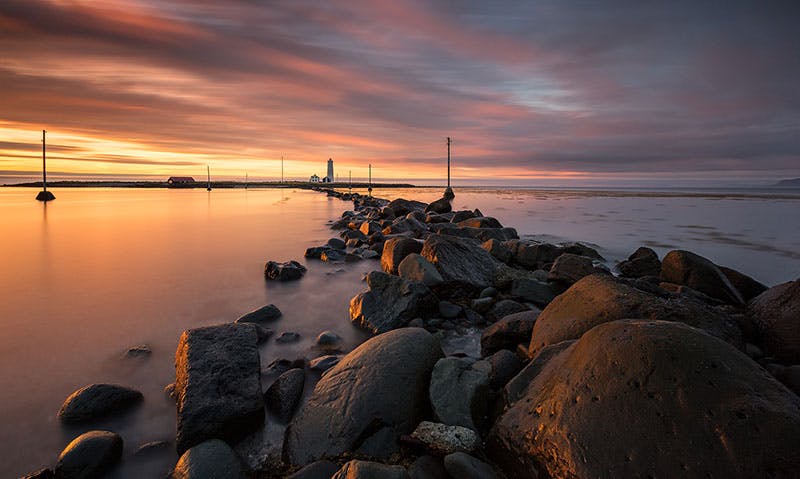 Head Back to Reykjavik

You'll be scheduled to head back to Reykjavík on the fifth and final day, but you' be maximizing your trip by further exploring the Ísafjarðardjúp fjord, which Bolungarvík and Ísafjörður belong to.

The sheer and steep mountains reaching to the sea and deep fjords will be the perfect scenes to cap off your amazing journey. This is your final opportunity to bag some fantastic photographs, so make sure to keep snapping away!

Finally, your journey photographing Iceland's nature and landscapes will come to a close. You will be taken back to the Icelandic capital, satisfied in the valuable new contributions to your portfolio.

Until next time, we hope you've had a fantastic time in the land of ice and fire.

This tour is private. You may opt to pay the full price on your own, but up to four people provided by you can be accommodated to split the fare.