Discover the secrets of Yunnan on this 9-day cultural and photography workshop to one of the most spectacular regions of China. Bordering Myanmar, Laos and Vietnam, this province built on the Mekong River is known for its varied landscapes featuring spectacular natural scenery. With mountainous plateaus, deep lakes, colourful rice terraces and traditions that exist nowhere else in China, Yunnan is an incredible place that yields a plethora of opportunities for travel and nature photography.

Our focus during this tour will be on the magnificent terraced rice fields of Yunnan, which have been described as some of the most beautiful on Earth, as well as the Dongchuan Red Land where dreamy layered hues of red, gold and green colour the rolling landscape like an ethereal palette. These breathtaking and dramatic views in combination with the rich culture of this ethnically diverse region make Yunnan a must-see destination for any astute photographer. Explore Yunnan and the Red Land on this 9-day photography tour. Check availability by choosing a date.

Accommodation at a 4 star hotel in Kunming, the best hotel in Red Land, and a 4 star hotel in Yuanyang.
All in-tour ground transportation and driver.
Meals, including breakfast, lunch and dinner.
Airport transfers in China.
Two professional photo guides.
Entrance tickets to attractions and model fee. 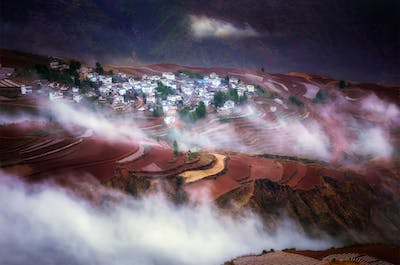 You'll arrive at Kunming (KMG) International Airport in China during the day and take a complimentary airport shuttle bus to your hotel in Kunming City. You'll have the rest of the day to explore the city at your leisure, before we meet in the evening for a welcome dinner as a group. Over dinner, you'll have the chance to get to know your fellow travellers a little better, as your guides explain the itinerary for the days ahead.
Read more
Day 2 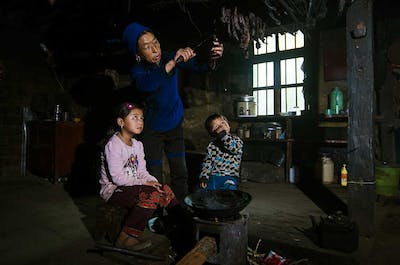 On day two, we'll rise early and begin our journey towards Yuanyang County, where we'll be based for the next 4 days. This area is famous for its gorgeous UNESCO Honghe Hani rice terraces, which we'll take our time to capture in different lighting and conditions as the days progress. Here, colourful rice paddies cascade from the slopes of the mountains towards the farming villages and forests at their base. Apart from the Honghe Hani terrace, there are many other rice terraces in the surrounding region and we'll take our time to get to know them all. Aside from nature, there will be amazing opportunities to photograph the culture and local way of life of the Hani people as they tend to the rice terraces within the spectacular mountainous landscape. Their ancient settlement is located at an elevation of around 1570 metres, on a ridge above the clouds in the breathtaking Ailao mountain range. Our itinerary over the next few days will be flexible in order to make the most of the prevailing weather and conditions. Please note that our time in Yuanyang may be extended or even shortened to accommodate for this. Our guides will stay informed about the conditions throughout this workshop and will communicate with you so that you will be well-aware of the plan throughout this photography and travel experience.
Read more
Day 6 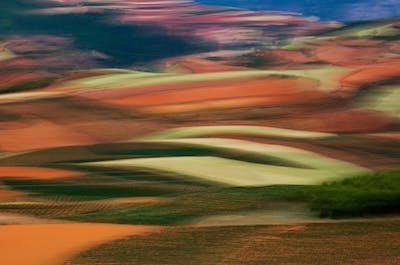 On day 6, we will continue our journey onwards to Jianshui County – an important historical centre of Yunnan which has been at the heart of Confucian studies for many decades. Along the way, we will photograph the 1200 year old Jianshui Ancient Town, with its peaceful Confucian temple and unique folk houses. For the next 2 days, we will be based in this area to capture the magical sights of the Red Land. The views over the picturesque Dongchuan district are mindboggling, seeming like paintings within nature itself. Sprawling for as far as the eye can see, the area resembles an artist's palette with earthy iron-rich red soil, breathtaking golden barley terraces and charming white flower gardens undulating in unison. The result is striking and it is sure to keep you occupied with its incredible scenery, which offers up a myriad of enchanting compositions. We'll spend our days exploring the Red Land beneath the wonderful light of sunrises and sunsets. Our photographic opportunities here will be endless and among the more memorable will be the chance to photograph local villagers and farmers going about their everyday lives.
Read more
Day 9 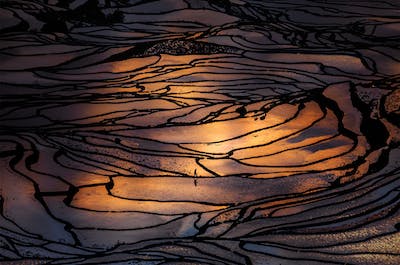 This will be our final day of shooting. We will rise early for our last sunrise shoot in the Red Land, before packing our belongings and making our way back to Kunming Airport, arriving by around 4:30pm in the afternoon.
Read more

The tour is always dependent on weather, as the weather can be highly unpredictable.

This tour is now Sold Out. New dates will be announced in our Newsletter.

Dr. Kah-Wai Lin was born in Malaysia, but he has lived in other parts of the world for most of his life. He holds a Doctor of Medicine (M.D.) degree from Lviv National Medical University, Ukraine and a Doctor of Philosophy (Ph.D.) degree in medical science from Karolinska Institute, Sweden. Since 2012, Dr. Lin has made his home in New Jersey, USA.

Following a successful research career at Princeton University, Dr. Lin followed his passion and became a professional landscape photographer. To date, Dr. Lin has explored and photographed some of the most diverse and remote places in over 30 countries. He has been presenting over 100 seminars around the world. Besides, Dr. Lin received over 200 awards at international photographic competitions and exhibitions including multiple gold medals.

Most notably, Dr. Lin was awarded the 1st place at the International Photography Award 2015 and was named top 10 exhibitors in the world by Photographic Society of America in 2015 and 2016.

In 2016, Dr. Lin was honored by the appointment as Artist-in-Residence of US National Park. Dr. Lin is the current Goodwill Ambassador, and former vice president of Photographic Society of America (PSA), one of the biggest and oldest international photographic organizations in the world.

In recognition of his photographic excellence and invaluable contribution to the photographic community, Dr. Lin has received over 50 honor/distinction titles by photographic organizations worldwide, as well as the Certificate of Special Congressional Recognition from US Member of Congress.